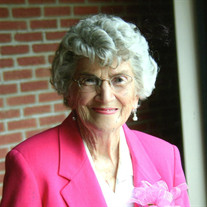 Phyllis Joyner Boswell Boatright, age 88, of Herrin, IL, former resident of Marion, IL, passed away with her family by her side at 11:04 p.m. on Thursday, April 14, 2016, at the home of her daughter Susan Fosse of Herrin. She was born on her grandparents’ farm in Stonefort, Il. on July 5, 1927, the daughter of Arlie Oliver Boswell, Sr. and Marie Antoinette Joyner Boswell. She was a 1945 graduate of Harrisburg Township High School. After graduation she attended nursing school in Springfield, MO. She married Gene Cannon Boatright of Harrisburg on July 27, 1946, in Harrisburg, and they shared nearly sixty-four years of marriage until his death in 2010. She was also preceded in death by her parents and her brother, Arlie Oliver Boswell, Jr. She is survived by four children: Walter Lee Boatright of Herrin; Susan Fosse of Herrin; Monty (Maria) Boatright of Chicago; and Todd (Susan) Boatright of Stonefort. She is also survived by seven grandchildren, Adam (Amy) Fosse of Marion; Eric (Jenette) Fosse of Marion; Joshuah (Kristy) Boatright of Crab Orchard; Jeremy (Lindsay) Boatright of Herrin; Sarah Boatright of Herrin; Megan Boatright of Chicago; and Mia Boatright of Chicago; and two great grandchildren; Avahlyn E. Fosse and Autrey D. Fosse both of Marion. She also leaves behind nieces, nephews, cousins, and many friends. Phyllis worked at Marion Memorial Hospital for several years and later as a caregiver.. She also worked for the State of Illinois as an audiologist, testing hearing and vision for school children from Mt. Vernon to Cairo, IL. She was a member of Aldersgate United Methodist Church of Marion for many years and also was a member of the Marion Senior Citizens Center. All of her life, Phyllis was a talented seamstress and artist, who painted in oil and acrylic. She loved dancing and travelling with Gene to Florida, where they stayed every winter for 20 years. Throughout her life, she was devoted to her parents, her husband and her children, always supportive and interested in their many activities. Arrangements were entrusted to Wilson-McReynolds Funeral Home, 900 N. Court St., Marion, IL. A private memorial service for Phyllis J. Boatright was held at Wilson-McReynolds Funeral Home at 2:00 p.m. on Saturday, April 23, 2016, with Rev. Dr. Tim Ozment presiding. Comments of memory were presented by Phyllis’s daughter Susan Fosse. During the time of visitation a “Reflection of Life” DVD Memorial Tribute featuring special people, places and events in Phyllis’s life was presented to the family and friends. The prelude and postlude were recorded musical selections. Special vocal musical selections were “New Doxology” by Gateway Worship and “In The Garden” by Elvis Presley. Following the memorial service at the funeral home the family gathered at Church of Christ in Energy, for a meal and continued time of fellowship and support. Memorial contributions were made to either “Aldersgate United Methodist Church Memorial Fund” or “Hospice of Southern Illinois”, and mailed in care of Wilson-McReynolds Funeral Home, P.O. Box 370, Marion, IL 62959. For additional information please contact the funeral home by calling 618-993-2131.

Phyllis Joyner Boswell Boatright, age 88, of Herrin, IL, former resident of Marion, IL, passed away with her family by her side at 11:04 p.m. on Thursday, April 14, 2016, at the home of her daughter Susan Fosse of Herrin. She was born on her... View Obituary & Service Information

The family of Phyllis Joyner Boswell Boatright created this Life Tributes page to make it easy to share your memories.

Send flowers to the Boatright family.