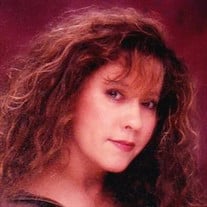 Rachel Ann (Abbott) Clendenin, age 58, of Johnston City and Marion, IL passed away peacefully at 6:48 p.m. on Sunday, August 28, 2016, surrounded by her family at home in Marion. She was born on Friday, January 17, 1958, in Van Nuys, CA, the daughter of Joseph Edward and Pricilla Mae (Souza) Abbott. Rachel grew up in Marion and was a 1975 graduate of American School in Chicago. She was united in marriage to Garry Wayne Clendenin on October 15, 1977, in Spillertown Revival Tabernacle and together they have shared over 38 years of marriage. She was a devoted Christian growing up in the Spillertown Revival Tabernacle and most recently had been attending Faith Temple C.O.G.I.C. in Carbondale, IL. Rachel loved God and was a happily married stay at home wife, mother and grandmother of her eight year old grandson Edan. She loved spending time with her many pets and was a contributor to the animal rights organization “A.S.P.C.A.” and she also supported the “Disabled Veterans National Foundation” and the “Wounded Warriors Project”. She enjoyed caring for the needs of her family and home and always enjoyed their company and the many times they shared together. She will be missed by all who knew and loved her and the many memories that were created will now be cherish by those she leaves behind. She is survived by husband, Garry W. “Sarge” Clendenin of Johnston City and Marion; son and daughter-in-law, Daniel and Francesca Clendenin and her favorite grandson, Edan Clendenin all of Marion; three sisters and two brothers-in-law, Sharilyn and David Lawrence, Lorraine and Steve Ross and Lilly Abbott all of Marion, IL; three brothers and two sisters-in-law, Joe Abbott and Philip and Deborah Abbot all of Marion and John and Tracy Abbott of Phoenix, AZ; stepmother, Loretta Abbott of Marion, numerous beloved nieces, nephews, other extended family members and many friends. She was preceded in death by her parents, twin sister, Rebekah Hosman and sister, Cindy Lawrence. The family would like to thank everyone for the love, prayers, and support they have received during this difficult time, The Clendenin’s and Family. Arrangements for Rachel Ann (Abbott) Clendenin were entrusted to Wilson-McReynolds Funeral Home, 900 N. Court St., Marion, IL. The visitation was from 12:00 p.m. noon until 1:30 p.m. on Saturday, September 3, 2016 at the funeral home. All during the visitation a medley of recorded vocal musical selections that were Rachel's favorites were presented. Also during the time of visitation a "Reflection of Life" DVD Memorial Tribute featuring special people, places and events in Rachel's life was presented to the family and friends. Following the time of visitation the funeral service was at 1:30 with Pastor Burke A. Cawthom presiding. The prelude and postlude musical selections were presented by pianist Rhoda Clendenin. Special vocal musical selections presented during the service were "I Need a Little Help Down Here" and "He Is Our King" by both Pastor Chris Clendenin who accompanied on the guitar and Rhoda Clendenin who also accompanied on the piano. Another special vocal musical selection presented was "God Is God" by Becky Clendenin with Pastor Chris Clendenin accompanying on the guitar and Rhoda Clendenin accompanying on the piano. The service concluded with the recorded vocal musical selection "On the Other Side" by Jason Crabb. Interment followed in the Clendenin Family Cemetery located east of Johnston City. Pallbearers were Garry Clendenin, Daniel Clendenin, David Lawrence, Joseph Lawrence, Philip Abbott and Joe Abbott. Following the committal service at the cemetery the family and friends gathered at Rachel's brother's home, Philip Abbott for a meal and continued time of fellowship and support. For additional information please contact the funeral home by calling at 618-993-2131.

The family of Rachel Ann (Abbott) Clendenin created this Life Tributes page to make it easy to share your memories.

Send flowers to the Clendenin family.