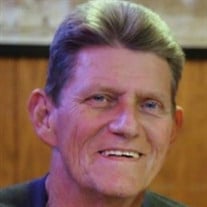 Raymond Eugene Johnson, age 69, of Marion, IL, passed away at 11:50 PM on Sunday, July 2, 2017, at his home with his family at his side. He bravely faced illness for 12 years with the love and support of his devoted wife, Sharon. Their example of faith in God and dedication to each other has left a lasting legacy for their family and friends. Ray was born on Friday, October 24, 1947, in Murphysboro, IL, the son of Jack Ward and Ruby H. Johnson. He was raised by his maternal grandparents, Charles and Minnie Mason. He graduated from Gorham High School, Gorham, IL, in 1965. He married Sharon Moschenrose in Gorham, IL on Tuesday, July 6, 1965, and together they have shared 52 years of marriage. He answered the call of this nation by faithfully serving in the United States Air Force. Ray began his career as a watchmaker at Moschenrose Jewelers in Sullivan, IL. He trained as a diamond setter and bench jeweler at Jackson Jewelers in Mt. Vernon, IL. After being employed as a jewelry buyer and supervisor for Lowell Supply Company, he opened his own business, The Village Jeweler, Inc. in Marion, IL in 1980. Ray and his wife, Sharon, retired from their business in 2008, and enjoyed many years taking winter trips to FL and traveling with their fifth-wheel camper. Ray was an avid hunter and fisherman, gardener and cook. Whatever his passion, he gave 100%. His greatest pleasures centered on his family. Ray was a member of Aldersgate United Methodist Church in Marion, IL the Masonic Lodge, AINAD Shrine, Swords of Bunker Hill and the American Legion, Marion, IL. He was a member of the National Wild Turkey Federation and served as Vice-President for the State of Illinois. He was a Diamond Life Sponsor in the NWTF. Ray was the first inductee into the Marion Adult League Softball Hall of Fame. He led the Aldersgate men’s softball team to several league championships and The Village Jeweler men’s softball team to a third place finish in state. He is survived by his wife, Sharon Johnson of Marion, IL; son, Kendall Johnson and his wife Linda of Marion, IL, daughter, Kristen Bayer and husband Ray of Marion, IL; grandsons, Kyle Ray Johnson of Chicago, IL, Drew Johnson of Marion, IL, Troy Johnson of Murray, KY and Ryan Bayer, Seth Bayer both of Marion, IL; granddaughter, Abigail Bayer of Marion, IL; great-grandson, Tobias Johnson of Monroe City, IL; two sisters and brother-in-law, Delores and Fred Houston of Grand Tower, IL, and LeeAnn Schulz of Murphysboro, IL; sister-in-law, Nancy Dismore, Lakeland, FL; two brothers, Charles Ward of Novato, CA and Daniel Ward, Dupo, IL; nieces, Tammy (Greg) Thompson, Murphysboro, IL; Keri (Chris) Kiser, Alton, IL, Jessica (John) Martin, Plant City, FL; Lauren (Steven) Schulz, of TX, several great nieces and nephews; special friends, Kenny (Jane) Hinote of Lorida, FL and Dwayne (Brenda) Dreyer of Marion, IL and many other friends. He was preceded in death by his brother, Harold Walker, his parents, grandparents and mother-in-law and father-in-law. Arrangements have been entrusted to Wilson-McReynolds Funeral Home, 900 N. Court St., Marion, IL. The time of the visitation will be from 9:30 a.m. until 1:00 p.m. on Wednesday, July 5, 2017, at Aldersgate United Methodist Church, located at 1201 N. Fair St., Marion. Following the time of visitation the funeral service will be at 1:00 p.m. with Reverend Lance Leeds and Reverend Jim Slone presiding. Interment will follow in Goodbread Cemetery of Gorham, IL. Military honors will be accorded at the graveside by members of the American Legion Post No. 127 of Murphysboro and members of the United States Air Force Funeral Honors Burial Detail. For those who prefer, memorial contributions may be made in Ray’s honor to; “Shriner’s Hospitals for Children” and “Hospice of Southern Illinois” and mailed in care of Wilson-McReynolds Funeral Home, 900 N. Court Street, Marion, IL 62959. Memorial envelopes will be available at the church and funeral home. For more information please call the funeral home at 618-993-2131.

Raymond Eugene Johnson, age 69, of Marion, IL, passed away at 11:50 PM on Sunday, July 2, 2017, at his home with his family at his side. He bravely faced illness for 12 years with the love and support of his devoted wife, Sharon. Their example... View Obituary & Service Information

The family of Raymond Eugene Johnson created this Life Tributes page to make it easy to share your memories.

Raymond Eugene Johnson, age 69, of Marion, IL, passed away at...