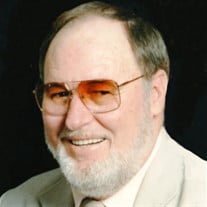 Robert “Bob” Dale Arnold, Sr., age 79, of Marion, IL, passed away peacefully at 3:05 p.m. on Friday, June 16, 2017, in Heartland Regional Medical Center of Marion. He was born on Friday, May 20, 1938, in Scottsboro, IL, the son of Charles Cecil and Pearl (Phillips) Arnold. Bob grew up in Marion and was a graduate of Marion High School Class of 1956. Shortly after graduation he answered the call of this nation by enlisting into the United States Navy, serving in the Seabees, and after his period of faithful service was honorably discharged. Bob was united in marriage to Oleta Maureen Groves on Saturday, September 7, 1962, in the Zion United Church of Christ of Marion and together they have shared nearly 55 years of marriage. His working career started as a Lather working in construction and was involved in the building of Southern Illinois University and many of the area hospitals and other area large building projects. He later became the Purchasing Agent for Arnold’s Division 9 of Carbondale, IL for many years. Later he became the Supervisor of Material Management at Southern Illinois University of Carbondale until his health forced him to retire. Bob was a life time member of the Second Baptist Church of Marion. He also was a member of the Carpenter’s Local Union No. 0638. He was known as a person having an enormous heart and showing kindness to those he felt had a need. He was a supporter of many worldwide missionaries and mission projects and would end each day with “Prayer on His Knees.” In his spare time he enjoyed watching old western movies, listing to country music, and when he was younger, rabbit hunting and gardening. He also had a broad interest in collecting antique items including political buttons, pens, coffee cups, soda bottles, and many other items. He loved his family and was always interested in all of their many activities and enjoyed the many gatherings and special times they had together. The many memories that have been created will now be cherished by those he leaves behind. He is survived by his wife, Oleta M. Arnold of Marion; two daughters, Lisa Feinerman and husband Dr. Adrian of Ava, IL and Jamie Erikson and husband Royce of Evansville, IN; two sons, Michael Arnold and his wife Rebecca and Dr. Robert Arnold, Jr. and Jamie Lynn all of Marion; six grandchildren, Benjamin Minton, of Murphysboro, IL, Kaleb Arnold of Mt. Vernon, IL, Bria Ozment of Columbia, MO, Rachel Arnold of Indianapolis, IN, Samuel Arnold and Addison Arnold both of Marion; brother and sister-in-law, Charles and Audrey Arnold of Marion, brother-in-law, James Groves and his wife Mary Ellen of Eldorado, IL, other extended family, and many friends. He was preceded in death by his parents. Arrangements have been entrusted to Wilson-McReynolds Funeral Home, 900 N. Court St., Marion, IL. The time of the visitation will be from 4:00 p.m. until 8:00 p.m. on Wednesday, June 21st at the funeral home. The funeral service will be on Thursday, June 22, 2017, at 11:00 a.m. with Pastor Mark Mohler and Rev. Dr. Bob Wagner presiding. Interment will follow in Rose Hill Cemetery of Marion. For those who prefer, memorial contributions may be made to “Second Baptist Church Mission Fund” and mailed in care of Wilson-McReynolds Funeral Home, 900 N. Court Street, Marion, IL 62959. Memorial envelopes will be available at the funeral home. For additional information please contact the funeral home by calling 618-993-2131.

The family of Robert "Bob" Dale Arnold created this Life Tributes page to make it easy to share your memories.

Send flowers to the Arnold family.