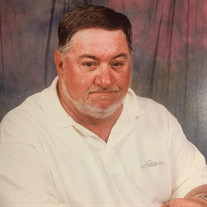 Robert E. “Bob” Pritchett, Sr., age 72, of Marion, IL, passed away peacefully at 1:31 a.m. Wednesday, October 13, 2021, in Deaconess Midtown Hospital in Evansville, IN. He was born in Marion, IL, August 28, 1949, the son of Leonard E. and Dorothy B. (Trexler) Pritchett. Bob grew up in Marion, and was a graduate of Marion High School Class of 1967. He worked for many years as an electrician and worked for Sullivan Electric and later retired from Nelson’s Tree Service in 2013. Bob was united in marriage to Kathy Walden on Friday, July 5, 1968, in Royalton, IL and together they shared over 53 years of marriage. He was a member of the Spillertown Baptist Church and always enjoyed fellowship with his many Christian friends. He was a member of the IBEW Local 702, and was a member of the Marion Lions Club. He had a love of horses and enjoyed raising and riding his horses for many years. He is survived by his wife, Kathy Pritchett of Marion; two daughters and one son-in-law, Wendi Pritchett and Eddie Edwards of Fairfield, IL and Amanda and Randy Stanley of Thompsonville, IL; two sons and two daughters-in-law, Ricky and Denise Pritchett of Staunton IL and Rusty and Dawn Pritchett of Goreville, IL; daughter-in-law, Katrina L. Pritchett of Marion; nine grandchildren, Asheton and Dashawn Henry, Eric Soriano, Katrina Stanley, Brayden Stanley, Allie M. Pritchett, Mason Pritchett, Dustin Pritchett, Micaela Baltzell and husband, Corey, Trenton Pritchett; two great grandchildren, Maverick Baltzell and Maddox Baltzell; four sisters and three brothers-in-law, Betty and Roger Smith of West Frankfort, IL, Carolyn Weir of Marion, Barbara and Ward Heilig of Marion and Sandra and Danny Mann of Marion and brother and sister-in-law, Edward and Kathy Pritchett of Mt. Carmel, IL, other extended family and many friends. He was preceded in death by his parents; son, Robert Eugene “Rob” Pritchett, Jr. on October 18, 2017 and two sisters, Mazo Nix and Shirley Howell. Arrangements have been entrusted to Wilson-McReynolds Funeral Home, 900 North Court Street, Marion, IL. The visitation will be on Friday, October 15, 2021, from 5:00 p.m. to 9:00 p.m. at the funeral home. The funeral service will be at 11:00 a.m. on Saturday, October 16, 2021, at Wilson-McReynolds Funeral Home with Pastor Kevin McNeely presiding. Interment will follow in Shiloh Cemetery south of Marion, IL. The family requests for those who prefer, memorial contributions be given to “St. Jude Children’s Hospital.” Memorial contributions may be mailed in care of Wilson-McReynolds Funeral Home, 900 N. Court Street, Marion, IL, 62959. Memorial envelopes will be available at the funeral home. For additional information call the funeral home at 618-993-2131.

The family of Robert Eugene "Bob" Pritchett Sr. created this Life Tributes page to make it easy to share your memories.