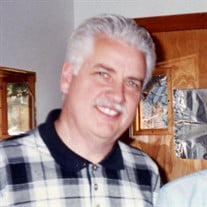 Robert Lowell “Bob” Lawson, age 71, of Marion, IL and formerly of St. Louis, MO passed away at 9:33 a.m. on Monday, March 19, 2018 at his home in Marion. He was born on Monday, January 6, 1947 in Roodhouse in Greene County, IL, the son of Robert William and Beulah Rowena (Hazelwood) Lawson. He grew up in Jerseyville, IL and was a graduate of Jerseyville High School Class of 1965. After graduation Bob answered the call of this nation by enlisting in the United States Marines Corps having served in Vietnam during the Vietnam War. After his period of faithful service he was honorably discharged in March of 1968 with the rank of Lance Corporal. For many years he lived in the St. Louis area. He worked for over thirty years for Eastern Airlines at Lambert Airport as an Airlines Agent. While living in St. Louis he attended and was a member of the Wildwood Christian Church in Wildwood, MO. He moved to Marion in 2005 where he enjoyed living and was always willing to lend a helping hand to his friends and neighbors. He will be missed by all who knew and loved him. He is survived by his friend and long time companion, Barbara L. (Brigham) Lawson of Marion; sister, Faye Wilson of White Hall, IL; brother, William Ray Lawson of Eolia, MO; two half-sisters, Pam Guthrie and husband, Brian, of Winchester, IL and Guyla Dawdy and husband, Jeff, of Jacksonville, IL; two half-brothers, Lester Miller and wife, Pam, of Greenville, IL and James (Butch) Lawson and wife, Kelly, of Jerseyville, IL; two step-daughters, Michelle Ann Nunes and husband, Tony, of Las Vegas, NV and Cheryl Renee Hammer and husband, Gary, of Warrensburg, MO; six grandchildren, Chase Mateker, Chelsey Goodall, Ashley Nunes, Ana Nunes, Angela Nunes and A. J. Nunes and one great grandchild, Chloe Renee Goodall. He was preceded in death by his parents and two half-brothers, Charles Hazelwood and Greg Lawson. Arrangements for Robert Lowell Lawson have been entrusted to Wilson-McReynolds Funeral Home, 900 N. Court St., Marion. According to his wishes he will be cremated with no services at this time. For those who prefer, memorial contributions may be made to, “City of Marion Animal Control” and mailed in care of Wilson-McReynolds Funeral Home, 900 N. Court Street, Marion, IL 62959. Memorial envelopes will be available at the funeral home. For additional information call the funeral home at 618-993-2131.

The family of Robert Lowell Lawson created this Life Tributes page to make it easy to share your memories.

Send flowers to the Lawson family.