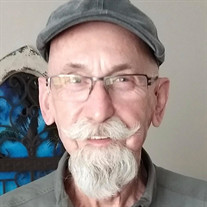 Roger D. Stilley, age 71, passed away peacefully and with dignity at his home at 3:01 p.m. on Thursday, March 14, 2019, as a strong and courageous warrior of pancreatic cancer. Roger was born March 16th, 1947 to Samuel and Edith Stilley in Carbondale IL. Roger’s childhood was blessed with occasions filled with grandparents, aunts, uncles and cousins. Holidays were shared with the Stilley family at the grandparents’ home on South Market Street and many weekends were spent at his Thompson grandparents’ farm east of Marion. He is survived by his wife and true soulmate Cindy Stilley, sister Carol (Bill) Carter, daughters Monica (Scott Murrie) Stilley-McGinley and April (Jim) Imhoff, a son Sammy (Sue) Stilley, and several grandchildren: Libby and Ryan McGinley, Skyler and Nathaniel Imhoff, and Britney and Jonah Pierce, as well as cousins in Texas, Florida, Virginia, North Carolina, Indiana, Tennessee and Illinois. He also leaves behind Charles Ice, a lifelong friend who has traveled through all the phases in Roger’s journey of life. Roger grew up in Marion, IL and was a graduate of Marion High School class of 1965. He passionately worked for over 42 years and retired as a Union/Local 702 Journeymen Wireman. He also worked as a professional auctioneer, bounty hunter, and was licensed as an Illinois state real estate broker, home inspector, and appraiser. He also taught construction classes at John A. Logan College, and owned two different bars in Marion during his lifetime. In the past year, he was a proud employee of Black Diamond Harley Davidson’s RV Center in Marion, IL. Roger’s religious life began at Third Baptist Church in Marion, and then he later joined St. Joseph Catholic Church where he was an active member of the choir. Roger loved to be a part of his community and help those in need whenever he could. He volunteered his time and talents for many local charities and organizations including Habitat for Humanity, Hospice of Southern Illinois, American Red Cross, and Marion Ministerial Alliance. He was a member of Freemasonry and Knights of Columbus and was a lifelong member of the Marion Elks club. As an auctioneer he also volunteered his time to conduct charity auctions. Roger lived a passionate life in which he took advantage of every adventure he could come across. He loved to travel, and so travel he did, all the while accompanied by his partner in crime, Cindy Stilley. Roger and Cindy were married June 9, 1989 in Cheyenne, Wyoming, and spent over 30 years traveling and exploring the country while making memories around every turn. One of their favorites was attending Sturgis 75th annual Motorcycle rally. As well as trips to Las Vegas, New Orleans, various parts of the south, several cruises, and explorations of the West especially through Yellowstone National Park. As passionate music lovers, music festivals were also a large part of their life together. As his illness progressed, in an effort to lessen the loss for his wife, he told her, “Don’t cry when it’s over, smile that it happened.” In his spare time, he enjoyed fishing with his grandson Nate, spending time with friends, attending his granddaughter Skyler’s musicals, and hitting miles on the road on his favorite motorcycles and scooters. He was a voracious reader and enjoyed learning all he could from books that he loved. Roger was a rock n’ roller and a fabulous dancer. He enjoyed all types of dancing, but especially the Texas two-step. He was a soulful singer who enjoyed using his talents in the karaoke scene. Those who knew Roger know that he would rather give than receive. His final wishes were to be cremated with no services. If you would like to honor Roger, his wishes were for those interested to make a donation in his name to Hospice of Southern Illinois, American Cancer Society Hope Lodge (St. Louis), or the Pancreatic Cancer Action Network. Arrangements were entrusted to Wilson-McReynolds Funeral Home, 900 N. Court St., Marion.

Roger D. Stilley, age 71, passed away peacefully and with dignity at his home at 3:01 p.m. on Thursday, March 14, 2019, as a strong and courageous warrior of pancreatic cancer. Roger was born March 16th, 1947 to Samuel and Edith Stilley in Carbondale... View Obituary & Service Information

The family of Roger Dale Stilley created this Life Tributes page to make it easy to share your memories.

Roger D. Stilley, age 71, passed away peacefully and with dignity...

Send flowers to the Stilley family.