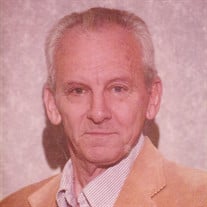 Ronald C. Emery, age 82, of Marion, IL, passed away peacefully at 9:38 p.m. on Monday, June 21, 2021, in Parkway Manor of Marion. He was born on Wednesday, March 15, 1939, at home in Marion, the son of Guy and Clara Ethel (Rogers) Emery. Ron attended school in Marion, and was a graduate of Marion High School Class of 1957. He was united in marriage to Janet Sue Kneezel on Friday, June 5, 1981, in Marion, and together they shared over 25 years of marriage until her death on Wednesday, December 6, 2006. During his working career he had sold Real Estate, was a writer and had self-published several books. More recently he had emersed himself into photography and was currently working with Swinford publications as a freelance photographer and writer. He was of the Islamic Faith and was also a member of National Press Photographer's Association. In his spare time, he enjoyed dancing, bird watching and nature photography, going to political events and was an avid reader. He is survived by his first wife, Mardell Mallaburn; five sons, Mark David Emery, Lance Eric Emery and his wife, LeAnn, Ronald Scott Emery, Van Travis Emery and Michael Ali Emery; grandchildren, Sarah, David, Amber and Madison; great grandchildren, Donovan, Aidan, Sophia and Jake; brothers and sisters in law, Orian Dee Emery and wife, Marcy, James Roger Emery and wife, Mary, Stephen Michael Emery, and Charles Gregory Emery and wife, Jackie; other extended family and many friends. He will be missed by all who knew him. He was preceded by his parents, wife; grandson, Michael Van; two sisters Mary Madaleine and Margaret Evadne "Deanie" and brother, Guy Jr. Arrangements have been entrusted to Wilson-McReynolds Funeral Home, 900 North Court Street, Marion, IL. In accordance with Ron’s wishes there will not be any public service and interment will take place next to his wife in Rose Hill Cemetery. The family requests, for those who prefer, a memorial contribution be given to the American Cancer Society or the Susan G. Koman Breast Cancer Foundation. Memorial contributions may be mailed in care of Wilson-McReynolds Funeral Home, 900 N. Court Street, Marion, IL, 62959. For additional information, call the funeral home at 618-993-2131.

The family of Ronald Columbus Emery created this Life Tributes page to make it easy to share your memories.