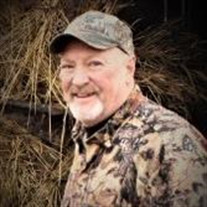 Ronald R. Evans, age 77, of Marion, IL, passed away peacefully at 9:10 a.m. on Thursday, December 23, 2021, in the Integrity Healthcare Center of Herrin, IL. He was born on Sunday, December 10, 1944, in Evansville, IN, the son of George Earl and Virginia Doris (Duncan) Evans. Ron attended school in Evansville and was a graduate of Evansville North High School Class of 1962. He was united in marriage to Judith Ann Swigonski on Friday, December 5, 1975, in Evansville, IN, and together they have shared over 46 years of marriage. Early in his working career he worked for Sears and Bucyrus Erie Mining Equipment both in Evansville. Then in 1981, he moved to Marion, and began working for the AMAX Coal Company, located east of Marion, for about 10 years. He last worked in maintenance at the Honeywell Plant in Metropolis until his retirement in 2010. He was of the Protestant faith and a member of the United Mine Workers. Early in his life he enjoyed building and working on race cars and hotrods and even drove in several races. He was an avid NASCAR fan with his favorite driver being the # 3 car driven by Dale Ernhardt. He loved the outdoors and enjoyed fishing; waterfowl hunting, with many memories spending time on his grandparent’s farm across the river in Kentucky and making trips to Canada in the fall. He was very supportive, involved and interested in all the many different sporting activities; including baseball, softball, soccer and volleyball, of his children and grandchildren. He could always be seen sitting under a tree where they were playing cheering them on. The many memories that have been created will now be cherished by those he leaves behind. He is survived by his wife, Judy A. Evans of Marion; daughter, Erin Lessner and husband, Richard of Hanover Park, IL; three sons, Eric Evans and wife, Cindy of Alexandria, OH, Tony Evans and wife, Wendi of Marion and Todd Evans and wife, Mandy of Mt. Vernon, IL; six grandchildren, Brandi DiNardo of Sidney, OH, Jordan Evans , Kaylee Evens and Tori Evans all of Marion, and Wyatt Evans and Sadie Evans both of Mt. Vernon, IL; two great grandchildren, Michael DiNardo of Sidney, OH, and Adriana DiNardo of Sidney, OH; sister, Brenda Banach and husband Greg of Mills River, NC, other extended family and many friends. He was preceded in death by his parents. Arrangements have been entrusted to Wilson-McReynolds Funeral Home, 900 North Court Street, Marion, IL. The graveside committal service will be at 10:45 a.m. on Wednesday, December 29, 2021, in Rose Hill Cemetery of Marion, with Jim Cockburn presiding. Those wishing to attend the graveside service should gather at the cemetery prior to 10:45 a.m. The family requests for those who prefer, memorial contributions be given to “St. Jude Children’s Research Hospital.” Memorial contributions may be mailed in care of Wilson-McReynolds Funeral Home, 900 N. Court Street, Marion, IL, 62959. Memorial envelopes will be available at the cemetery and funeral home. For additional information please call the funeral home at 618-993-2131.

The family of Ronald Ray Evans created this Life Tributes page to make it easy to share your memories.

Send flowers to the Evans family.