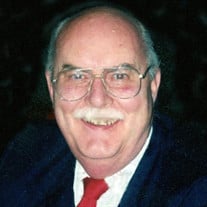 Russell “Dee” Rose, age 71, of Marion, IL passed away peacefully at 12:40 p.m. on Tuesday, August 30, 2016, at his home. He was born on Tuesday, October 10, 1944, in Harrisburg, IL the son of Russell Woodrow and Betty (Cook) Rose. Dee, as he was known by many, attended school in Harrisburg and was a graduate of Harrisburg High School Class of 1962. He went on to attend college at Southern Illinois University in Carbondale, IL. He was united in marriage to Linda Grace Giles on Saturday, August 17, 1974, in Marion and together they have shared over 42 years of marriage. Dee began his lifelong career in broadcasting during his high school years when he became the voice of Harrisburg sports, bringing play by play action from courtside to the radio. In 1966 Dee moved to WJBD in Salem, IL where he was promoted from on-air personality to News Director. It was during this time that he was awarded the prestigious Illinois Broadcaster’s Association award for Newscaster of the Year. He then returned to sports casting as the voice of the Benton Rangers and in 1970 started in sales with WGGH in Marion. He worked his way up to General Manger at WGGH and voiced the popular morning “Dee Rose Show” for many years before becoming owner and operator of WQRL, also known as “Q106”, in Benton, IL. Broadcasting was Dee's passion and throughout his life he informed and entertained countless listeners and viewers. At the time of his passing Dee was the General Manager for Daystar, WPXS TV in Mt. Vernon and Vice President of Community Relations for WDKA-TV in Paducah, KY. Dee was a devoted Christian. In his spare time he was an avid reader and kept up on the news, current events, and the latest technology. He would research and study any topic that piqued his interest and loved to visit the library and museums where he was always learning new things to share. He enjoyed relaxing on his back porch while listening to the music of his era and visiting with his many friends. Dee was a devoted father and loving husband. He worked hard all of his life to see that his family was well cared for. They were the most important part of his life and he was always interested in and a full supporter of their activities. He enjoyed the time they spent together and those memories will now be cherished by those he leaves behind. He is survived by his wife, Linda G. Rose of Marion; three sons and daughters-in-law, Russell Monty and Diedre Rose of Carbondale, IL, Russell Jeffrey and Suzanne Rose of Kissimmee, FL and Brent Giles and Shawna Marie Rose of Christopher, IL; daughter, Jennifer Kay Rose of Marion; five grandchildren, Thomas Petrovich, Jack Russell Rose, Russell Robert Rose, Brianna Rose and Trenton Blake Rose, other extended family, many friends and his beloved Pomeranian Dash. He was preceded in death by his parents. Arrangements for Russell “Dee” Rose were entrusted to Wilson-McReynolds Funeral Home, 900 N. Court St., Marion, IL. The visitation was from 4:00 p.m. until 7:00 p.m. on Friday, September 2, 2016, at the funeral home. During the time of visitation a “Reflection of Life” DVD Memorial Tribute featuring special people, places and events of Dee’s life was presented to the family and friends. Following the time of visitation the funeral service was at 7:00 p.m. with Linda’s brother, Pastor Jim Giles presiding. Comments of memory were presented by many of those attending. The recorded vocal prelude musical selection presented was “Ave Maria” by Josh Groban. Special recorded vocal musical selections presented during the service were “I Have Decided to Follow Jesus" by John Jones and “How Great Thou Art” by Elvis Presley. Also presented was the recorded instrumental musical selection “Amazing Grace” by Pete Fountain on the clarinet. Following the service the family and friends gathered at Bennie’s Italian Restaurant of Marion, for a meal and continued time of fellowship and support. For those who preferred, memorial contributions were made to “Shriners Hospitals for Children” or the “National Public Radio” and mailed in care of Wilson-McReynolds Funeral Home, 900 N. Court St., Marion, IL 62959. Memorial envelopes were available at the funeral home. For additional information please contact the funeral home by calling 618-993-2131.

The family of Russell "Dee" Rose created this Life Tributes page to make it easy to share your memories.

Send flowers to the Rose family.