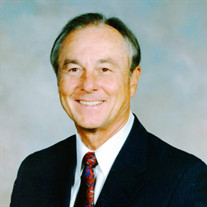 Samuel David Stotlar, age 89, of Marion, IL, passed away peacefully with his family by his side, at 6:15 p.m. on Tuesday, March 14, 2017, in St. Louis, University Hospital of St. Louis, MO. He was born on Tuesday, September 27, 1927, in Herrin, IL the son of Robert and Eva (Orwin) Stotlar. Sam graduated from Herrin High School in 1945. He answered the call of this nation by serving in the Navel Air Corps during WWII and after his period of faithful service was honorably discharged. After his time of service, he continued his education and graduated from the University of Illinois with a BS in Business/Marketing in 1949. While there he earned two varsity letters in pole vault and track. He was a member of Alpha Sigma Phi social fraternity. In 1951, he graduated from Southern Illinois University of Carbondale, with a BS in Education and served as a student pole vault coach. In 1951, he started working with his father, Bob Stotlar and brother, Orwin Stotlar at Bob Stotlar Lumber in Herrin. Sam was instrumental in developing the latest in building design and marketing and construction. He served his customers with knowledge and honesty. The lumber yard expanded in 1963 and Bob Stotlar Building Center of Marion was opened. In 1952, Sam married his great love, Marjorie Holland on June 1, 1952, in Herrin. They had three children, Susan, David, and Robert and were married for 64 years. He was a 70 year member of the American Legion Post No. 645 of Herrin and also a member of the Herrin and Marion Lions Club for over 50 years. He also was a member of the Herrin JayCees and the Herrin Historical Society. He served on the Board of Directors for the Illinois Lumber Dealers Association for ten years. He also served on the Illinois State Chamber of Commerce and was a member of the Marion Chamber of Commerce for 50 years from whom he received a lifetime achievement award in honor of outstanding business leadership for 40 years. Sam was a lifetime member of First Christian Church of Herrin where he was a member of the choir and taught Sunday school continually for over 40 years. He served as an elder and Chairman of the Board and in many capacities at the church. Sam and his wife, Marjorie, traveled extensively during their marriage. He was always a history enthusiast and an outdoorsman who loved to hunt, fish, and golf. He spent many hours sharing those passions with his sons and grandchildren and friends. Sam also enjoyed sharing his love of music and poetry with his daughter. He was inducted into the Herrin High School Hall of Fame for his excellence in track and field and held the pole vaulting record for over twenty years and he played two years on the basketball team. He lettered at the University of Illinois for his pole vaulting. Sam never saw a stranger and could talk to anyone on any subject. He was a very generous and loving man. Sam lived in Herrin for most of his life until moving to Marion in 2004, retiring at 75. He loved southern Illinois and the friendliness of the people who lived here, especially his many friends and customers. He was preceded in death by his parents Robert and Eva Stotlar; his brother and sister-in-law, Orwin and Lorraine Stotlar, and his son, David Orwin Stotlar. He is survived by his wife, Marjorie Holland Stotlar of Marion; daughter, Susan Miller (Brian) of Marion; son, Rob (Kim) Stotlar of Marion; four grandsons, Jeffrey Miller (Adrianne) of Oakland, MI, Bradley Miller (Krystina) of Carbondale, CO, Brockton Stotlar of St. Louis, MO and Tory Stotlar (Lauren) of Creve Coeur, MO; five great grandchildren, McKinley Miller, Ryder Miller, Easton Miller, Ellie Jane Miller all of Oakland, MI and Parker Miller, Carbondale, CO, other extended family and many friends. Arrangements for Samuel David Stotlar have been entrusted to Wilson-McReynolds Funeral Home, 900 N. Court St., Marion, IL. The visitation will be from 11:00 a.m. until 2:00 p.m. on Monday, March 20, 2017 at the First Christian Church, located at 2804 S. Park Ave. in Herrin. Following the time of visitation the funeral service will be at 2:00 p.m. with Rev. Derek Levins and Rev. Ron Henwood presiding. Interment will follow in Rose Hill Cemetery of Marion. For those who prefer, memorial contributions may be made to either or both; “The First Christian Church Building Fund” and “The Light House Shelter of Marion” and mailed in care of Wilson-McReynolds Funeral Home, 900 N. Court Street, Marion, IL 62959. Memorial envelopes will be available at the church and the funeral home. For additional information please contact the funeral home by calling 618-993-2131.

The family of Samuel David "Sam" Stotlar created this Life Tributes page to make it easy to share your memories.