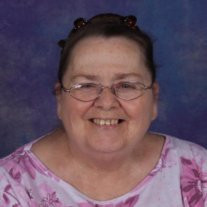 Sandra Lee Pritchett, age 68, of Marion, IL, passed away suddenly at 11:50 a.m. on Sunday, April 7, 2013, at Heartland Regional Medical Center of Marion, IL. She was born on Tuesday, March 6, 1945, in Marion, IL the daughter of George Edward and Norma Mae (Owens) Maddox. Sandra was united in marriage to Larry Dean Pritchett on Saturday, May 9, 1964, in Marion, IL and together shared twenty-three years of marriage until his death on Thursday, March 12, 1987. Sandra was an active member of the Abundant Life Assembly of God Church of Marion, IL. She was a member of the Red Hat Society of Marion, IL and in her spare time she enjoyed crocheting, cooking and spending time with her family. The many memories that were created will now be cherished by those left behind. She is survived by her son and daughter-in-law, Roger and Kathy Pritchett of Johnston City, IL; daughter and son-in-law, Lesa and Morris Ellis of Marion, IL; two grandchildren, Amy Ross of Murphysboro, IL, and Jonathan Ross of Marion, IL; two great grandchildren, Cheyenne Wood and Hayden Wood both of Murphysboro, IL; two step-granddaughters, Sabrina Gardner and husband, Shawn and Tonya Wilson and husband, Jay all of Johnston City, IL; five step great-grandchildren, Samantha and Britney Gardner and Michael, Ryle and Miranda Garland all of Johnston City, IL; two brothers and sisters-in-law, William E. and Diane Maddox of Palmetto, FL and Larry E. and Pat Maddox of Burlington, IA; stepfather, Dean Watts of Marion, IL, other extended family and many friends. She was preceded in death by her parents and her husband. Arrangements for Sandra Lee Pritchett were entrusted to the Wilson-McReynolds Funeral Home, 900 N. Court Street, of Marion, IL. The time of visitation for family and friends was on Thursday, April 11, 2013, between the hours of 12:00 noon and 2:00 p.m. at the funeral home. Following the time of visitation the funeral service was at 2:00 p.m. with Rev. Jimmy Russell presiding. The prelude and postlude musical selections were recorded piano selections. Special vocal musical selections presented during the service were “Amazing Grace” and “Heaven’s Sounding Sweeter” by Rev. Keith Parham with recorded accompaniment. Interment followed next to her husband in Fountain Cemetery located south of Marion in Williamson County. Pallbearers were Shawn Gardner, Jay Wilson, Josh Hargrave, Tommy Hickey, Michael Garland, William Campbell, Jason Lee and Owen Stone. For those who preferred, memorial contributions were made to either “Arthritis Foundation” or “CURE” (Citizens United for the Research in Epilepsy). Memorial contribution envelopes were available at the funeral home or were mailed in care of Wilson-McReynolds Funeral Home, P.O. Box 370, Marion, IL 62959. For additional information please contact the funeral home by calling 618-993-2131.

The family of Sandra Lee Pritchett created this Life Tributes page to make it easy to share your memories.

Send flowers to the Pritchett family.