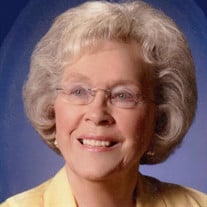 Shirley L. Nemeth, age 94, of Marion, IL, passed away peacefully at her home with her family by her side on Monday, January 4, 2021, at 4:00 a.m. She was born on Saturday, March 20, 1926, in Marion, the daughter of Richard Oatman and Ada (Boyd) Gresham Shirley attended school in Marion, and was a graduate of Marion High School Class of 1943, at the age of 17. At that time World War II was in full swing and she moved to Detroit, MI, where her two sisters lived. She began working in a factory making electrical parts for bombers; she even had to obtain a workers permit because she was still only 17. A few years later, she changed jobs and was Secretary and Receptionist to management in a large building in downtown Detroit, MI. While working there, she met Robert L. “Bob” Nemeth, who had been discharged from the Marine Corps in June of 1947. She was united in marriage to Robert L. “Bob” Nemeth on Saturday, August 9, 1947, in Napoleon, OH, and together they shared 33 years of marriage until his death on Monday, November 10, 1980. In November of 1948, they had their first child, a daughter, and the family moved back to Marion where her husband was manager of a ladies dress shop and later owned his own store up until he became ill with a heart attack in 1976, at the age of 50. She had twin sons in 1955, and she decided to take time out to raise her family. She later went to work for the Secretary to the Williamson County Judges in 1965. She took her State of Illinois Exam for Certified Court Reporters, passed the exam, and became a Certified Court Reporter for the First Judicial Circuit, State of Illinois and she remained working there until her retirement in 1991. She was a member of Second Baptist Church in Marion, since February of 1943. She was still active in her Sunday School Department until 2014, when she suffered a stroke. She served as Church Clerk from 1994, until August 2008, when she retired due to her declining health. She was proud to have read the Bible through many times. She was a Charter Member of Hearts Helping Hearts, Inc., an organization founded by her husband, Robert L. “Bob” Nemeth in 1977. She served as Board Member and Recording Secretary of Hearts Helping Hearts, Inc., from 1977 through 1998. She also was an avid St. Louis Cardinal fan. She is survived by her daughter and son-in-law, Sheri and Larry King of Marion; twin sons and daughters-in-law, Randy and Marcella Nemeth and Richard and Patti Nemeth all of Marion; five grandchildren, Shaun Nemeth and his wife, Brittany, Steven Nemeth and his wife, Courtney and Lindsay Nemeth all of Marion, Alecia Austin and her husband, Ryan of Cape Coral, FL, and Jason King and his wife, Wendy of Sacramento, CA; thirteen great-grandchildren, Hannah Dawes, Rachel Webb, Camden and Lucca Nemeth and Meera Nemeth all of Marion, Talan and Marlee Nemeth both of Herrin, IL, Miah and Eva Austin of Cape Coral, FL, and Allison, Will, Luke and Matt King all of Sacramento, CA, many nieces and nephews, other extended family and many friends. She was preceded in death by her parents, Richard O. and Ada Gresham; husband, Robert L. “Bob” Nemeth; beloved grandson, Brad Dawes; two sisters, Betty (Gresham) Lyon and Jewell (Gresham) McDannel; brother, Virgil “Tom” Gresham; two special nieces, Jeri (Lyon) Comparetto and Patricia (McDannel) DeCatsye. Arrangements have been entrusted to Wilson-McReynolds Funeral Home, 900 N. Court St., Marion. The graveside service will be on Wednesday, January 6, 2021, at 1:00 p.m. in Rose Hill Cemetery of Marion, with Dr. Bob Wagner presiding. Those wishing to attend the graveside service should gather at the cemetery prior to 1:00 p.m. Interment will follow next to her husband, Bob in Rose Hill Cemetery. It has been requested by the family for those who prefer to make a memorial contributions be to one or all suggested; “Second Baptist Church Building Fund”, “St. Jude Children’s Hospital” or “Hospice of Southern Illinois”. Memorial contributions may be mailed in care of Wilson-McReynolds Funeral Home, 900 N. Court Street, Marion, IL 62959. Memorial envelopes will also be available at the cemetery and funeral home. For additional information call the funeral home at 618-993-2131. DUE TO HEALTH CONCERNS RELATED TO THE COVID-19 VIRUS AND BY THE SIGNING OF EXECUTIVE ORDER BY THE ILLINOIS GOVERNOR, if you are planning on attending the graveside service it is required you wear a mask and social distance yourself from others.

The family of Shirley Lee Nemeth created this Life Tributes page to make it easy to share your memories.

Send flowers to the Nemeth family.