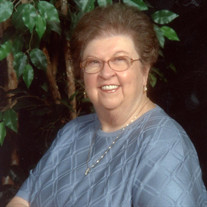 Thelma Jean Malone, age 76, of Marion, IL passed away peacefully with her family by her side at 9:02 p.m. Wednesday, February 14, 2018, in Heartland Regional Medical Center, of Marion. She was born on Monday, December 1, 1941, in Harrisburg, IL, the daughter of John Oral and Minnie Maxine (French) Malone. Thelma Jean attended school in Galatia, IL and was a graduate of Galatia High School Class of 1959. She continued on with her education that summer by attending Southern Illinois University in Carbondale, IL where she received her Bachelor’s of Science Degree and Master’s Degree in Home Economics and had also completed some of her courses toward her Doctorate Degree. She had also received from the State Teacher Certification Board of State of Illinois a teaching certificate for Special K-14 Teaching and Supervising of Vocational Homemaking. She first began her working career with Crab Orchard High School, teaching Home Economics for four years. She then worked at Southern Illinois University as a Home Economics Supervisor. She later worked as an advisor for the University of Illinois Home Extension Office of Marion County located in Salem, IL. She saw an opportunity to return closer to her parents and applied for and received a position with the University of Illinois Home Extension Office of Williamson County, IL located in Marion. Her positions there were many. She was known for presenting programs on various facets of home economics on the local television station, radios, senior centers, and churches just to name a few. She remained working in the Marion office for many years until her retirement in 2006. She has been a member of Aldersgate United Methodist Church of Marion since 1968, where she was actively involved on many committees and as event coordinator of church gatherings until her health forced her to retire. She was a member of the Seekers Sunday school class and enjoyed singing in the church choir. She also was a member of the Marion Lions Club and once served as secretary and a life time member of the Marion Memorial Hospital Auxiliary and the Kappa Phi Club. In her spare time, she loved traveling with friends, having traveled from coast to coast, shopping and knowing the locations of every T.J. Maxx Store in the country. She also enjoyed cooking and entertaining, playing bingo, crocheting, and spending time with her many friends and family. Thelma Jean was dedicated to her parents and cared for them until their deaths. She loved her family, looking forward to the many times they all would gather together and always interested in all of their many activities. The many memories that have been created will now be cherished by those she leaves behind. She is survived three cousins, Brenda Nance and her husband Murriel of Mt. Vernon, IL, Judy Thompson and her husband Elbert of Carrier Mills, IL, and Dale Malone and his wife Barbara of Marion; special caregiver and 2nd cousin, Renae Cullum and her husband Mike of Creal Springs, IL; other special family members, Nikki Williford and her husband Chris, Jaxen Cullum, Peyton Lee Jones and his daughter Sophia Rose Jones, other extended family, and many friends. She was preceded in death by her parents and special family member, Noah Williford. Arrangements were entrusted to Wilson-McReynolds Funeral Home, 900 N. Court St., Marion. The visitation was from 5:00 p.m. until 8:00 p.m. on Monday, February 19th at the funeral home. During the visitation a “Reflection of Life” DVD Memorial Tribute was presented to the family and friends and featured special people, places, and events of Thelma’s life. The visitation resumed again from 10:00 a.m. until 11:00 a.m. on Tuesday, February 20, 2018, at Aldersgate United Methodist Church, located at 1201 North Fair Street in Marion. Following the time of visitation, the funeral service was at 11:00 a.m. with Pastor Lance Leeds presiding. The prelude and postlude musical selections were presented by pianist, Judy Hopkins. Special congregational hymn presented by Steve Utley was “Great is Thy Faithfulness” accompanied by Judy Hopkins on the piano. Other special vocal musical selections presented during the service were “I’ll Meet You in the Morning” and “I’ll Fly Away” both by Steve Utley who was accompanied by Judy Hopkins on the piano. Interment followed next to her parents in Dillingham Cemetery located northeast of Marion. Those serving as pallbearers were Mike Cullum, Chris Williford, Peyton Jones, Jacob Halstead, Neil Halstead, and Stevie Cook. Following the graveside committal service at the cemetery the family and friends gathered at the Aldersgate United Methodist Church for a meal and continued time of fellowship and support. For those who preferred, memorial contributions were made to “The Kitchen Fund” of Aldersgate United Methodist Church and mailed in care of Wilson-McReynolds Funeral Home. Memorial envelopes were available at the funeral home and the church. For additional information call the funeral home at 618-993-2131.

Thelma Jean Malone, age 76, of Marion, IL passed away peacefully with her family by her side at 9:02 p.m. Wednesday, February 14, 2018, in Heartland Regional Medical Center, of Marion. She was born on Monday, December 1, 1941, in Harrisburg,... View Obituary & Service Information

The family of Thelma Jean Malone created this Life Tributes page to make it easy to share your memories.

Send flowers to the Malone family.