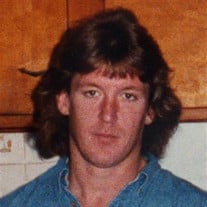 Todd C. Tucker, age 53, of Marion, IL passed away suddenly at 1:30 p.m. on Monday, January 12, 2015, at his home. He was born on Monday, September 25, 1961, in DuQuoin, IL the son of Ronald C. and Sue C. (Beggs) Tucker. Todd attended school in Marion, IL and was a graduate of Marion High School Class of 1980. His working career was in construction with Brickworks Masonry and Concrete Company of Marion, IL. Todd was of the Baptist faith often attending Grange Hall Free Will Baptist Church of Marion and many other churches of the area. In his spare time he enjoyed working out physically, watching sports and was an avid Cardinal Baseball fan. Todd was very social, loving people and spending time with his many friends. His family was a very important part of his life. He always looked forward to spending time together and treasured the many memories that were created. He is survived by his father and mother, Ronald C. and Sue C. Tucker of Marion, IL; daughter, Kearston A. Tucker of Marion, IL; sister, Tara S. Tucker of Marion, IL; brother, Thad J. Tucker of Marion, IL; aunt, Joanna Edgar of Santa Teresa, NM; uncle, B.D. “Butch” Tucker and his wife, Evelyn of Poplar Bluff, MO; cousin, Eric Tucker of Chicago, IL, , other extended family members and many friends. Arrangements for Todd C. Tucker were entrusted to Wilson-McReynolds Funeral Home, 900 N. Court St., Marion, IL. The memorial service was at 2:00 p.m. on Saturday, January 17, 2015, at Wilson-McReynolds Funeral Home with Rev. Kevin McNeely presiding. Comments of memory were presented by Todd’s lifetime friend, Alan Reach. Those attending the memorial service gathered at the funeral home prior to the time of the service. Prior to the service a “Reflection of Life” DVD Memorial Tribute featuring special people, places and events in Todd’s life was presented to the family and friends. The prelude recorded instrumental musical selection presented was “Clair de Lune”. Special recorded vocal musical selections presented during the service were “Over You” by Miranda Lambert, “Tears In Heaven” by Eric Clapton, “The One” by Elton John and “Go Rest High On That Mountain” by Vince Gill. The postlude recorded vocal musical selection presented was “Born Free” by Kidd Rock. For additional information please contact the funeral home by calling 618-993-2131.

The family of Todd C. Tucker created this Life Tributes page to make it easy to share your memories.

Send flowers to the Tucker family.