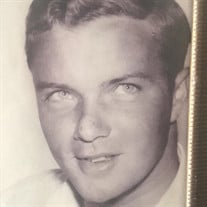 Former Herrinite, Van Herrin Austin, 1941-2018, age 76, died May 3, 2018 at 10:15 p.m. in Mt. Hood Legacy Hospital in Gresham, OR. He lived in Los Angeles, CA 33 years, in Southern Illinois for 4 years and in Portland, OR for 18 years. Born July 14, 1941 to Van Ellis and Fatimma Jane Herrin Austin. Van was a 1959 graduate of Herrin High School and graduated from the University of Illinois with a degree in Advertising and Marketing. He was a respected and longtime award winning diving coach. Van married Camille Bamberth from Albion, IL. on October 9, 1964 in California. They were married 53 years. They met at the University of Illinois. He was inducted into the 2012 Herrin High School Athletic Hall of Fame and was a 2012 Special Guest at Herrin Festa Italiana. He began his love of diving at the Herrin Park Pool where he worked as a life guard during his high school years. He also ran a successful marketing and advertising agency in Los Angeles called Vanguard Marketing. Van coached thousands of divers in his many years of coaching diving in Southern California including a National College Champion and National Junior Olympic Champions. He was an International and Olympic Team Selector, 2007-2008, NCAA Championship Judge 2007-2009 and an Olympic Trials Judge in 2004 and served as a Team Leader for the 2000 United States Olympic Diving Team. A winner of several awards for outstanding accomplishments in diving. Many of his students became professional divers and diving coaches. He served on professional diving boards and associations. Survivers include his wife, Camille Ann of Troutdale, OR., son and daughter in law, Van Brennan and Amy Austin, Gresham, OR., daughter, Dana Austin Griggs, Portland, OR. and grandchildren, Austin Griggs, Victoria Austin, Ainsly Griggs, Trisha Rose, and Tiffany and husband Brent Lindholm and great grandson, Weston Lindholm. Sister and husband, Jane and Stephen Stanley, Herrin, brother and wife, Thomas J. and Lori Austin, Springfield, IL. sister in law, Karen Austin McAllister, Brandon, FL. and brother in law, Hugo Bamberth, Chicago, IL. and several nieces and nephews. His wishes were to be cremated. Memorials can be made to the Oregon Humane Society, 1067 N E Columbia Blvd, Portland, OR. 97211 in memory of Van H. Austin. A Celebration of Life will be held June 16, 2018 from 1 to 4 p.m. at Oxbow Park - Coho Section, 3010 S E Oxbow Parkway, Gresham, OR 97080. For information on the Celebration of Life contact [email protected]

The family of Van Herrin Austin created this Life Tributes page to make it easy to share your memories.

Send flowers to the Austin family.