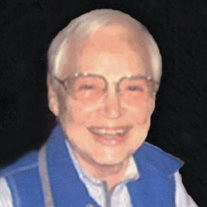 Virginia H. Moake, age 90, of Marion, IL, who was affectionately known as “Aunt Jinny” passed away at 4:18 p.m. on Thursday, April 3, 2014, at Marion Rehab and Care Center of Marion, IL. She was born on Sunday, March 23, 1924, in Nashville, TN the daughter of James David and Nell (Johnson) Hughes. Virginia was a graduate of George Peabody College of Nashville, TN and continued on with her education earning her Master’s degree in Library Science at Southwestern University of Memphis, TN. Her working career was with the Marion Veteran’s Hospital for thirty-three years retiring as Chief Librarian and Director of Volunteer Services. Before beginning her career with the Marion VA she was a History teacher at the West Frankfort High School for many years. She has been a long time member of the First United Methodist Church of Marion, IL for over fifty years and helped for over twenty-five years with the United Methodist Women serving lunch to the Noon Marion Rotary Club. She also was a member of the American Federation of Government Employees Local No. 2043. Virginia was an avid reader and gardener. She also enjoyed spending time with her family always taking interest in all of their many activities. She is survived by her son, David Moake and Gayla of Marion, IL; niece, Sherry Ramsey and her husband, Kevin of Marion, IL; nephew, Tom McAnelly and wife, Kim of Marion, IL; three great nephews, Benji Ramsey and his wife, Beth of Indianapolis, IN and Aaron McAnelly and Michael McAnelly both of Marion, IL; great niece, Mikki Botsford and her husband, Eric of Noblesville, IN; great-great niece, Fiona Botsford of Noblesville, IN; her beloved dog “Joe Joe”, other extended family and many good friends and co-workers of the Marion Veteran’s Hospital. She was preceded in death by her parents. The family would especially like to thank the new administration and staff of the Marion Rehab and Care Center for the care provided to Aunt Jinny. Arrangements for Virginia H. “Aunt Jinny” Moake were entrusted to Wilson-McReynolds Funeral Home, 900 N. Court St., Marion, IL. The visitation for the family and friends was from 12:00 noon to 2:00 p.m. on Sunday, April 6, 2014, at the funeral home. During the time of visitation a “Reflection of Life” DVD Memorial Tribute featuring special people, places and events of Virginia’s life was presented to the family and friends. Following the time of visitation the memorial service was at 2:00 p.m. with Rev. Jeff Van Dyke presiding. The prelude and postlude musical selections were recorded piano selections. Special recorded vocal selections presented during the service were “How Great Thou Art” by Elvis Presley and “Are Ye Able, Said the Master” by the Jubilate Singers. Interment followed at a later date in Mount Olivet Cemetery of Nashville, TN. For those who preferred, memorial contributions were made to “Shriners Hospital for Children” or “St. Jude Children’s Hospital”. Memorial contribution envelopes were available at the funeral home or were mailed in care of Wilson-McReynolds Funeral Home, P.O. Box 370, Marion, IL 62959. For additional information please contact the funeral home by calling 618-993-2131.

The family of Virginia H. "Aunt Jinny" Moake created this Life Tributes page to make it easy to share your memories.

Virginia H. Moake, age 90, of Marion, IL, who was affectionately...