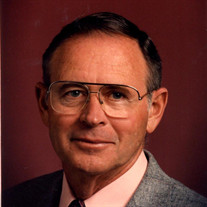 William E. “Bill” Phemister, age 84, of Marion, IL, passed away peacefully with his family near, at 9:02 p.m. on Saturday, April 16, 2022, at his home. He was born at home south of Marion, near the Lake of Egypt area, on June 21, 1937, the son of William Henry and Clara (Bradley) Phemister. Bill attended school in Marion, and was a graduate of Marion High School Class of 1956. He answered the call of this nation by serving in the Illinois National Guard during the early 1960's, and after his period of faithful service was honorably discharged. Early in his working career he was an insurance agent and later he became a butcher moving up to Northern Illinois near Hampshire, and began working as a butcher for Jewell Grocery in Elgin, IL. Then in 1965, while still living up north, he started working as a carpenter, working for several different contractors. In 1978, he decided to go into business for himself and started Phemister Builders. Then in 1989, he moved back to the Marion area and continued operating the construction business specializing in residential construction until he retired in 2000. He was united in marriage to Diane Rose Rein on November 5, 1977, in Elgin, IL, and together they have shared nearly 45 years of marriage. He is a member of Grange Hall Free Will Baptist Church, located south of Marion. He is a member of Mid-America Carpenters Region Council and had served as President of the Home Builders Association of Southern Illinois and also on the Zoning Board of Marion. Bill was a Volkswagen enthusiast and enjoyed restoring older “Bugs” and was often seen driving around in a red or yellow “Bug.” He enjoyed entering them in competitions and car shows and had won several “Best of Shows” and trophies. He also enjoying doing photography of all kinds and had won several awards. He loved his family and enjoyed the times shared together. The many memories that have been created will now be cherished by those he leaves behind. He is survived by his wife, Diane R. Phemister of Marion; five children, Mitchell Phemister and wife, Dena of KY, Mark Phemister of Marion, IL, Beth Ann Schimanski of Oak Park, IL, William Edward “Billy” Phemister II of Skokie, IL, and Brian “Bernie” Phemister and wife, Trisha of Marion, IL, seventeen grandchildren and several great grandchildren; brother, Jim Phemister and wife, Judy of Marion, IL; three sisters, Carolyn Miller of Kissimmee, FL, Gayla Oldani of Herrin, IL, and Robin Fitzpatrick and husband, Gus of Marion, IL, other extended family and many friends. He was preceded in death by his parents and sister, Nancy Bailey. Arrangements were entrusted to Wilson-McReynolds Funeral Home, 900 North Court Street, Marion, IL. The visitation was from 5:00 p.m. to 8:00 p.m. on Thursday, April 21st at Grange Hall Free Will Baptist Church, located at 9950 Grassy Road, Marion. During the time of visitation, a “Reflection of Life” DVD Memorial Tribute featuring special people, places and events in Bill’s life was presented to the family and friends. The funeral service was at 10:00 a.m. on Friday, April 22, 2022, at the church with Pastor Kevin McNeely presiding. Bill’s son, Brian also presented comments of memory. The prelude and postlude musical selections were presented by pianist, Deon Bankston. Special vocal musical selections presented during the service were; “How Great Thou Art” and “Scars In Heaven” by Drew Kerrygan with recorded accompaniment and “The Lighthouse” and “King of Kings -Lord of Lords” by Fred Kilmer who accompanied himself on the guitar and pianist, Deaon Bankston accompanying. Interment followed near the old family farm in White Oak Cemetery located south of Marion, near the Lake of Egypt. Pallbearers were Brencen Phemister, Chandler Phemister, Daniel Horeluk, Ben Horeluk, Sean Schimanski, Bradley Phemister, Timothy Phemister and William Edward “Billy” Phemister, III. Following the committal service at the cemetery the family and friends gathered back at Grange Hall Free Will Baptist Church for a meal and continued time of fellowship and support. The family requested for those who preferred, memorial contributions be made to either or both; “Grange Hall Free Will Baptist Church” and/or “White Oak Cemetery.” For additional information call the funeral home at 618-993-2131.

The family of William Edward "Bill" Phemister created this Life Tributes page to make it easy to share your memories.