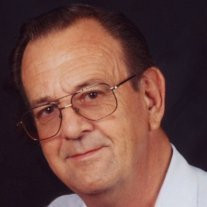 William C. “Bill” Billingsley, Jr., age 67, of rural Goreville, IL passed away with his family by his side at 6:50 a.m. on Friday, October 18, 2013, in Heartland Regional Medical Center of Marion, IL. He was born in Memphis, TN on Friday, June 28, 1946, the son of William C. and Doris (Cheek) Billingsley, Sr. Bill was a member of the Pulley’s Mill United Pentecostal Church, north of Goreville, IL. He was a Vietnam Veteran and was honorably discharged from the United States Army with the rank of Staff Sergeant. Bill was united in marriage to Marjorie A. Rodgers, in Williamson County, IL on Friday, February 27, 1987, and together they have shared over twenty-six years of marriage. He is survived by his wife, Marjorie A. Billingsley; three sons and daughter-in-law, Robert and Kim Billingsley of Marion, IL and Clark and Mike Billingsley both of Clinton, OK; daughter and son-in-law, Carrie and Stephen Shack of Friendswood, TX; three grandsons, Thomas Billingsley of Marion, IL and Connor and Niklas Shack both of Friendswood, TX; adopted granddaughter, Angelina Ellison of Marion, IL; two sisters and brother-in-law, Shelia Billingsley of Hammond, IN and Angie and Tony Mamouxellos of Stevensvillie, MI, other extended family and many friends. He was preceded in death by his parents; two sisters, Kay Key and Jeane Randall and brother, Robert Billingsley. Arrangements for William C. “Bill” Billingsley were entrusted to the Wilson-McReynolds Funeral Home, 900 N. Court Street, of Marion, IL. The time of visitation was from 12:00 noon until 2:00 p.m. on Monday, October 21st, at the funeral home. Following the time of visitation the graveside committal service was at 2:30 p.m. in Cana Cemetery, located north of Goreville, IL, with Brother John Snell and Sister Martha Rodgers presiding. Military honors were accorded at the graveside by members of Heyde-Pillow V.F.W. Post No. 1301, American Legion Post No. 147 and Illinois National Guard Flag Detail all of Marion, IL. Those participating were Commander and Chaplain, Larry Largent; Officer of the Day, Pat Campbell; Bugler, Jim Grieme; National Colors, Ernie Rinella; Color Guard, Jessie James and Bill Rice; Firing Squad, Dan Fruge, Bill Hatfield, Bill Reynolds, Ron Russell and Bob Casey. Members of the National Guard Flag Detail participating in the folding of the flag were SGT David Kemner and SGT Jeremie Moon. Presentation of the folded flag to Bill’s wife, Marjorie was by SGT David Kemner. Special music presented acappella at the graveside was “Where Could I Go But to the Lord” and “Amazing Grace” both by vocalist, Linda Rice. After the committal service the family and friends gathered at Camp Jericho for meal and continued time of fellowship and support. For those who preferred, memorial contributions were made to “Pulley’s Mill United Pentecostal Church” building fund. Memorial contribution envelopes were available at the funeral home or were mailed in care of Wilson-McReynolds Funeral Home, P.O. Box 370, Marion, IL 62959. For additional information please call the funeral home at 618-993-2131.

The family of William C. "Bill" Billingsley, Jr. created this Life Tributes page to make it easy to share your memories.