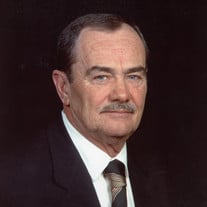 William Douglas “Doug” Winters, age 74, of Marion, IL, passed away peacefully with his family near, at 4:22 p.m. on Tuesday, December 21, 2021, in Herrin Hospital of Herrin, IL. He was born on Saturday, July 12, 1947, at home in Elizabethtown, IL, the son of William Harry and Eva Jesse (Williams) Winters. Doug attended school in Elizabethtown and was a graduate of Cave-in-Rock High School Class of 1965. He was united in marriage to Carolyn Ann Spivey on Saturday, September 4, 1965, in Elizabethtown, and together they have shared over 56 years of marriage. He started his career January 1, 1969, as an underground coal miner at Peabody Coal in New Lexington, Ohio. After three years he moved his family back to Southern Illinois to Shawneetown. He worked at Eagle 1 and Eagle 2 until September of 1974, when they moved to Marion and he began at Ziegler Coal. Over the next 40 years he worked at various coal mines throughout Southern Illinois such as Brushy Creek Mine, Arclar, Classic Coal, Big Ridge and Willow Lake before retiring from American Coal in 2013. During this time, he worked many different positions, anywhere from a face boss all the way to general superintendent. He was of the Protestant faith and attended at Aldersgate United Methodist Church of Marion. Growing up Doug was one of four very active and mischievous boys. He loved to tell his kids and grandkids about all the ornery things they did. He and the boys left many marks all over E'town through their younger years. During his younger adult years, he loved to quail and pheasant hunt, fish and golf with his buddies. He took great pride in raising bird dogs and even had over 20 dogs at one time. When he wasn't working, hunting, or spending time at his kids' activities, he loved to ride motorcycles. Doug loved to collect different types of "fun, quirky things" and if you came by, he was sure to take you to his "office" to show you his collectibles, mining stickers, guns, knives and trinkets but wouldn't let you leave without offering you one of his 400 hats he had collected over the years. Growing up his kids were always nervous to bring friends around because you never knew what nickname they would leave with. He also made sure to carry this tradition on with his grandkids. To name a few, jackrabbit, chigger, picklenose, pig pen, and some that we will just leave unsaid. After retiring in 2013, his main goal was to travel and enjoy as much as he could. Doug and Carolyn traveled to many fun places such as New York, Jamaica, Hong Kong and even spent their 50th anniversary in Hawaii. He even had the opportunity to do a little golfing in China while they were there visiting their daughter. If you ever want to see the many dinners they had during their trips, take a scroll through his Facebook because he loved to share pictures of Carolyn eating. While he loved watching the St. Louis Cardinals, you most likely would find him in the den watching a Western. If the weather was nice out you might find him on the front porch waving as everyone drove by or out back making sure one of his six bird feeders were full. He even sang to them as he fed them so they would know it was dinner time. Throughout life it was never about him. He always made sure his wife and family were well cared for. In the end that was paid back to him through the amazing care he received starting at Herrin ER all the way through Herrin ICU. Every doctor, nurse, tech and staff member were kind and caring not only to him but making sure his family was cared for too. Thank you, Herrin Hospital, for showing him what it is like to be treated with such respect. Knowing he is in heaven now gives his family great comfort in finally believing he truly "is fine". We love you!! He is survived by his wife, Carolyn Winters of Marion, IL; mother, Eva Winters of Elizabethtown, IL; daughter, Melissa Anderegg and husband David of Kalamazoo, MI; son, Tim Winters and wife Diane of Marion, IL; daughter Tiffany Homoya and husband Matt of Marion, IL; grandchildren, Robert Winters and wife Reeha of Thompsonville, IL; Lynette Winters of Thompsonville, IL; MacKenzie Homoya of Marion, IL; Jonathan Winters of Carbondale, IL; James Anderegg of Kalamazoo, MI; Jacob Anderegg of Kalamazoo, MI; Tyler Anderegg of Kalamazoo, MI; and Madilyn Winters of Marion, IL. Great Grandchildren, Ashlyn, Rhett and River Winters of Thompsonville, IL; brothers, Leon Crider and wife Stacey of Metairie, LA; Dennis Winters and wife Debbie of Marion, IL; Dean Winters of Elizabethtown, IL; sister-in-law, Linda Andrew and husband Steve of Marion, IL; brother-in-law, Keith Spivey and wife Nancy of Elizabethtown, IL, and a host of very special nieces and nephews whom he loved to aggravate. He was preceded in death by his father, Harry Winters; his mother-in-law and father-in-law, Millard and Gladys Spivey and two nephews, Aaron Winters and Scott Andrew. Arrangements have been entrusted to Wilson-McReynolds Funeral Home, 900 North Court Street, Marion, IL. The visitation will be on Monday, December 27th, from 5:00 p.m. to 8:00 p.m. at the funeral home. The funeral service will be at 11:00 a.m. on Tuesday, December 28, 2021, at Wilson-McReynolds Funeral Home with Rev. Clifford Rose presiding. Interment will follow in Empire Cemetery near Elizabethtown, IL, in Hardin County. The family requests for those who prefer, memorial contributions be given to either or both: “Empire Cemetery” and/or “American Cancer Society.” Memorial contributions may be mailed in care of Wilson-McReynolds Funeral Home, 900 N. Court Street, Marion, IL, 62959. Memorial envelopes will be available at the funeral home. For additional information call the funeral home at 618-993-2131. Due to the executive order by the Governor of Illinois, for all those attending the visitation and funeral service inside, the wearing of a face mask and practice of social distancing is suggested.

The family of William Douglas "Doug" Winters created this Life Tributes page to make it easy to share your memories.