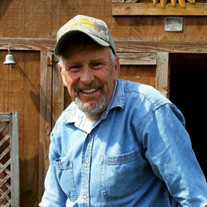 William Frederick “Fred” Curtner, age 85, of Marion, IL, passed away with his family near, at 1:46 a.m. on Monday, May 17, 2021, at his home. He was born on Wednesday, April 29, 1936, in Stonefort, IL, the son of Fred and Margarete (Powell) Curtner. Fred attended school in Stonefort and Pittsburg, IL and was a graduate of Marion High School Class of 1954. Shortly after graduation he was united in marriage to Shirley Marie Peterson on Thursday, July 1, 1954, in Marion, and together they have enjoyed nearly 67 years of marriage. His working career the majority of his lifetime was as a Coal Miner working at Brushy Creek Mine near Harco, IL, Freeman 4 Mine east of Johnston City, IL and finished his mining career working at Freeman’s Crown 2 Mine near Farmersville, IL, until his retirement in the late 1990’s. He was a member of Second Baptist Church of Marion and UMWA Local Union No. 169 District 12. In his spare time, he enjoyed being in the outdoors and did a lot of quail hunting with his father when he was younger, fishing especially at Horseshoe Lake, listening to Bluegrass Music, woodworking and projects around the house. He spent hours working in his yard and flowers and enjoyed visiting with his friends and was known for having never met a stranger. He will be remembered as a wonderful husband and father and the many memories created will now be cherished by those he leaves behind. He is survived his wife, Shirley M. Curtner of Marion; son, Greg Curtner of Pittsburg, IL; three daughters, Kimberly Kennedy and Anita Curtner and her fiancé, Kevin Rehfuss all of Marion and Angela Beasley and her husband, Jeff of rural Creal Springs, IL; six grandchildren, Melissa Gooch, Cynthia Elyse Curtner, Alyssa Skelton, Kristen Schloz, Brenden Beasley and Wyatt Beasley; seven great grandchildren, Mia, Everly, Malea, Matae, Londyn, Cedric and Alana; two great-great grandchildren, Jeremiah and Jaden; sister-in-law, Donna Ninness and her husband, Bill of Marion; brother-in-law, Danny Peterson of Marion, other extended family and many friends. He was preceded in death by his parents. Arrangements have been entrusted to Wilson-McReynolds Funeral Home, 900 North Court Street, Marion, IL. The graveside committal service will be on Sunday, May 23, 2021, at 2:00 p.m. at Oddfellows Cemetery of Marion, IL, with the Pastor Bobby Parker presiding. Those wishing to attend the graveside service should gather at the cemetery prior to 2:00 p.m. Interment will follow next to his mother Margarete. For additional information call the funeral home at 618-993-2131.

The family of William Frederick "Fred" Curtner created this Life Tributes page to make it easy to share your memories.