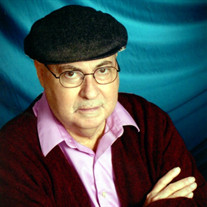 William J. “Jim” Burford, age 64, of Marion, IL passed away peacefully with his family by his side at 6:33 p.m. on Sunday, July 10, 2016, in the Heartland Regional Medical Center of Marion. He was born on Wednesday, February 20, 1952, in Coldwater, MS, the son of William M. “Bill” and Martha Cloe (Jamison) Burford. Jim grew up and attended grade school in Pittsburg and was a graduate of Crab Orchard High School. He continued his education at Southern Illinois University of Carbondale, IL where he received his Bachelors degree in Accounting. He answered the call of this nation by serving in the United States Army being stationed at Fort Bragg, NC. After his period of faithful service he was honorably discharged. He was united in marriage to Debra A. Vanzandt on June 18, 1972 in Cedar Grove United Methodist in Marion and together they shared forty-four years of marriage. Jim was a member of Our Redeemer Lutheran Church of Marion. He was a Certified Public Accountant in Marion and was devoted to his work and his clients. Jim owned two motor cycles, his first was a Honda Gold Wing and later a Harley Hog. He and his brother Mark loved to ride their bikes down to Mississippi to visit their families and to Gatlinburg, TN to enjoy the sights and took part in occasional Poker Runs. He loved his family and enjoyed the many times they gathered together. The many memories that were created will now be cherished by those he leaves behind. He is survived by his wife, Debra A. Burford of Marion; daughter and son-in-law, D. Michelle and Eric Kinneer of Burlington, IA; mother, Martha Hubble of Marion; brother, Mark Burford and friend Pam Bryant-Perry of Zeigler, IL; two sisters-in-law, Debbie Burford of Paulton, IL and Carol Bunting of Marion; several nieces, nephews and other extended family members and many friends and the love of his life, his miniature Schnauzer Katie. He was preceded in death by his father, Bill Burford and brother, Wayne Burford. Arrangements for William J. “Jim” Burford were entrusted to Wilson-McReynolds Funeral Home, 900 N. Court St., Marion, IL. The visitation was from 9:00 a.m. until 11:00 a.m. on Wednesday, July 13, 2016, at the funeral home. Following the time of visitation the funeral service was at 11:00 a.m. with Pastor Marlin Otte and Pastoral Intern Chris Thomas presiding. Comments of memory were presented by Jim’s good friend, Bob Bundren. The prelude and postlude musical selections were recorded piano selections. The service began with the presentation of the recorded vocal musical selection “Ring of Fire” by Johnny Cash. Other recorded vocal musical selections presented during the service were “How Great Thou Art” and “Amazing Grace” both by Elvis Presley, “The Old Rugged Cross” by Alan Jackson and “What A Friend We Have In Jesus” by Daniel O’Donnel. Interment followed in Rose Hill Cemetery of Marion. Pallbearers were Eric Kinneer, Jeremiah Burford, Gary Thompson, Mike Fly, Jesse Burford and Bill Vaughn. The family preferred, memorial contributions be made to either “Our Redeemer Lutheran Church” or “Hospice of Southern Illinois” and mailed in care of Wilson-McReynolds Funeral Home, P.O. Box 370, Marion, IL 62959. Memorial envelopes were available at the funeral home. For additional information please contact the funeral home by calling 618-993-2131.

The family of William J. "Jim" Burford created this Life Tributes page to make it easy to share your memories.