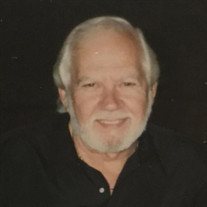 William Carroll Parks, age 90 of Gary, IN, formerly of the Crab Orchard and Marion, IL area, passed away at 8:00 p.m. on Monday, December 13, 2021, in Methodist Hospitals Northlake Campus of Gary, IN. He was born on Monday, March 30, 1931, in Crab Orchard, IL, the son of Howard Lee and Carrie Mae (Beasley) Parks. Carroll attended school in Crab Orchard and was a graduate of Crab Orchard High School Class of 1948. He answered the call of this nation by serving in the United States Army during the time of the Korean War with the Military Police and after his period of faithful service was honorably discharged with rank of Corporal. He was united in marriage to Ida Pauline Turnage on Saturday, September 11, 1954, in Marion, and together they have shared over 67 years of marriage. His working career during his lifetime was with the railroad. He was a Railroad Union Representative with the Indiana Harbor Belt Railroad and retired on May 30, 1993, after 43 years of service. Carroll was a member of the Arnold View Free Will Baptist Church located south of Crab Orchard. He was a car enthusiast and in his spare time he enjoyed custom car building and doing physical fitness activities and was a member of the “Mall Walking Group.” He is survived by his wife, Pauline Parks of Gary, IN; son and daughter-in-law, William Kevin and Tisch Parks of Houston, TX; two grandchildren, William Garrett Parks and Matthew Harrison Parks both of Houston, TX, and a host of nieces and nephews, other extended family and many friends. He was preceded in death by his parents; two sisters, Wilma Lay and Emma McDonald and brother, Lindell Parks. Arrangements were entrusted to Wilson-McReynolds Funeral Home, 900 North Court Street, Marion, IL. The visitation was on Tuesday, December 21, 2021, from 11:00 a.m. until 12:00 p.m. at the funeral home. During the time of visitation, a “Reflection of Life” DVD Memorial Tribute featuring special people, places and events in Carroll’s life was presented to the family and friends. Following the time of visitation, the funeral service was at 12:00 p.m. with Rev. David Milburn presiding. Carroll’s son, Kevin also presented comments of memory. The prelude and postlude musical selections were presented by pianist, Kim Watts. Special recorded vocal musical selections presented during the service were “Come as You Are” by Crowder, “Blessed assurance” by Alan Jackson and “I Can Only Imagine” by MercyMe. Another special recorded vocal musical selection “I Bowed on My Knees and Cried Holy” by his sister, Emma and other family members. Interment followed near his parents in Rose Hill Cemetery of Marion, IL. Pallbearers were William Kevin Parks, Matthew Harrison Parks, William Garrett Parks, Rick Doss, Dale Lay and Kenny Parks. Military honors were accorded at the graveside by members of Marion VFW Heyde Pillow Post No. 1301 Funeral Honors Detail and members of the United States Army Funeral Honors Detail. During the folding of the flag, “America the Beautiful” was presented. The flag was then presented to Carroll’s son Kevin. Following the committal service at the cemetery the family and friends gathered at Tower Square Pizza Restaurant in Marion, for a meal and continued time of fellowship and support. For additional information call the funeral home at 618-993-2131.

The family of William Carroll Parks created this Life Tributes page to make it easy to share your memories.

William Carroll Parks, age 90 of Gary, IN, formerly of the Crab...

Send flowers to the Parks family.