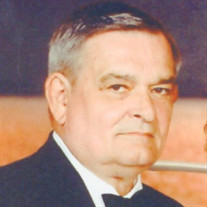 William Anthony “Tony” Armstrong, age 76, of Marion, IL, passed away at 4:10 p.m. in Munich, Germany (9:10 a.m. central U.S. time) on Friday, July 13, 2018, where he and his wife, Sharon, were traveling in Europe. Tony was born in Carbondale, Illinois on Friday, December 5, 1941, the son of William Stucker “Bill” and Elizabeth “Babe” (Feurer) Armstrong. In Marion, he was a member of the First Christian Church and attended school where he graduated from Marion High School in 1959. He continued his education at University of Illinois in Champaign, IL where he attained his JD degree in Law. On completion of his education he returned to Marion. Tony and Attorney, J. C. Mitchell, formed the partnership of Mitchell and Armstrong Attorneys at Law and was a partner for many years. Later he established the law office of Armstrong and Green before his retirement in 2002. He was well liked by his many friends and clients for his fairness and ability to solve problems and life situations. His first marriage was to Mary (Willis) Armstrong, and the mother of his three daughters, Lisa, Christy and Gay. Later he was united in marriage to Sharon Ann (Fowler) Boyd on January 5, 1994 in Murphysboro, IL and together they shared over twenty-four years of marriage. It was well known that Tony was a dedicated lawyer; in addition he found time for reading, crossword puzzles, gardening and his blended family. During retirement Tony and Sharon traveled for many years throughout the world. Their last tour included the Black Forest area of Germany, the home of his maternal grandparents. He will be missed by all who knew and loved him. He is survived by his wife, Sharon F. Armstrong of Carbondale, step-father Bracy Smith and wife, Rita, of Marion, three daughters, Lisa Armstrong of Spring, TX, Christine Dice and husband, John of Atlanta, TX, and Gay Armstrong of Cedar Park, TX. five grandchildren, Rev. Travis Dice and wife, Shelby, Cody Dice, Madilyn, Braeden, and Audra Jones; three stepdaughters, Beth Boyd of Grand Ledge, MI, Bridget Greene of Kernersville, NC, and Abby Woodward and husband, Steve, of Highpoint, NC; seven step-grandchildren, Zac and Kate Boyd, Jen Hershberger and husband, Troy, Jake Covington, Casey Greene, Josh, and Megan Woodward and step-great grandson Nolan Hersberger. In addition he will be missed by many extended family and friends. He was preceded in death by his parents. Arrangements for William Anthony “Tony” Armstrong were entrusted to Wilson-McReynolds Funeral Home, 900 N. Court Street of Marion. The time of visitation was from 4:00.m. to 7:00 p.m. on Thursday, July 26, 2018, at the funeral home. During the time of visitation a “Reflection of Life” DVD memorial tribute was presented to the family and friends and featured special people, places, and events of Tony’s life. The funeral service was at 11:00 a.m. Friday, July 27 with Rev. Travis Dice presiding. The prelude and postlude musical selections were by pianist, Sharon Wilson. Special vocal musical selection presented during the service was “Amazing Grace” by Sue Feurer, accompanied by Sharon Wilson on the piano. Special recorded vocal musical selection presented during the service was “My Way” by Frank Sinatra. Interment followed in Old Rose Hill Cemetery of Marion. Those serving as pallbearers were Zac Boyd, Jake Covington, Bryce Wight, Braeden Jones, Josh Woodward, Cody Dice, and Troy Hershberger. Following the graveside committal service family and friends gathered at Tony and Sharon’s home for a meal and continuded time of fellowship and support. For those who preferred, memorial contributions were made to “Marion Rotary Club Scholarship Foundation, Inc.” and mailed in care of Wilson-McReynolds Funeral Home, 900 N. Court Street, Marion, IL 62959. Memorial envelopes were available at the funeral home. For additional information call the funeral home at 618-993-2131.

The family of William Anthony "Tony" Armstrong created this Life Tributes page to make it easy to share your memories.