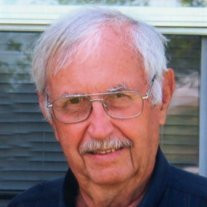 William V. “Bill” Zdankiewicz, age 79, of Marion, IL, passed away peacefully at 5:55 a.m. on Wednesday, April 17, 2013, at Heartland Regional Medical Center of Marion, IL. He was born on Thursday, April 27, 1933, at Benton, IL the son of Joseph Vincent and Fern Isabel (Burlison) Zdankiewicz. During the time of the Korean War, Bill answered the call of this nation by serving in the United Sates Army and after his period of faithful service was honorably discharged. Bill was united in marriage to Lois A. Draper on Tuesday, July 17, 1956, in Marion, IL and together they have shared nearly fifty-seven years of marriage. Bill began his working career by working as a mechanic in several of the local coal mines. He later began working for Consolidated Coal Company Burning Star #5 Mine of DeSoto, IL in several different positions and eventually became a Dragline Operator until his retirement in 1992. After his retirement from the mine he began working for the City of Marion with the Cemetery Department for five years. He was a longtime and very active member of the Abundant Life Assembly Church of Marion, IL and also a proud member of the United Mine Workers Local # 2216. William was a man of many interests and talents. He had an extensive library and especially enjoyed all kinds of poetry. He was a skilled and meticulous tradesman who especially enjoyed using those talents in service to others. He was not content, however, just to serve but would insist on teaching and passing his knowledge on as well. In his spare time he enjoyed gardening, fishing, reading and writing poetry using his pen name “Ole Man”. In addition to being a loving husband, father, and grandfather, William was a father figure and mentor to many other young men and women. He is survived by his wife, Lois A. Zdankiewicz of Marion, IL; four daughters and three sons-in-law and two sons and two daughters-in-law, Nancy and Richard Hayes of Creal Springs, IL, Becky and Mark Reeder of Galatia, IL, Lois Jane and Danny Joe Hancock of Goreville, IL, Joe and Valerie Zdankiewicz of Marion, IL, Lisa Labotte and friend, Curt Wharton of Marion, IL and Bill V. and Tina Zdankiewicz of Cobden, IL; thirteen grandchildren, Aaron Hayes and wife, Emily of Carterville, IL, Melissa Hayes-Wunsh and husband, Nathan of Marion, IL, Kelli Jo Hancock and Andrew Phelps of Marion, IL, Rindi Reeves and husband, Robby of Marion, IL, Kara Lawrence and husband, Drew of Vienna, IL, Tara Hayes of Crab Orchard, IL, Tyson Bangs and wife, Jenny of Marion, IL, Charity McCree and husband, Joshua of Marion, IL, Caleb Reeder of Marion, IL, Shane Zdankiewicz and wife, Heather of Fayetteville, NC, Cody Zdankiewicz and wife, Olivia of Marion, IL, Bryan Zdankiewicz of Cobden, IL and Jacob Zdankiewicz of Cobden, IL; five great grandchildren, Benjamin Hayes, Easton Lawrence, Joel McCree, Violette Lawrence and Silas Wunsh; and an additional great grandson that will soon be born in August; niece, Ami Smith of Marion, IL, other extended family and many friends. He was preceded in death by his parents; a son, John Wesley Zdankiewicz and a sister, Joanne Smith. Arrangements for William V. “Bill” Zdankiewicz were entrusted to the Wilson-McReynolds Funeral Home, 900 N. Court Street, of Marion, IL. The time of visitation for family and friends was Saturday, April 20th, from 5:00 p.m. until 8:00 p.m. at the funeral home. During the time of visitation a “Reflection of Life” DVD Memorial Tribute featuring photos of special people, places and events of Bill’s life was presented to the family and friends. The funeral service was at 2:00 p.m. on Sunday, April 21, 2013, at Wilson-McReynolds Funeral Home with Rev. Jimmy Russell, Rev. Ron Null and Rev. Roy Baker presiding. An interpreter for the deaf was present during the service. The prelude and postlude musical selections were presented by pianist, Gayla Russell. The service began with “Reading of Memories” by Emily Hayes. Comments of memory were presented by Robby Owens. Special vocal musical selections presented during the service were “On the Other Side” by David Bloodworth who accompanied himself on the guitar, “On Christ the Solid Rock I Stand” by Gayla Russell being accompanied by guitarist, David Bloodworth and “What A Day That Will Be” by Gayla Russell who accompanied herself on the piano. Interment followed in Rose Hill Cemetery of Marion, IL. Active pallbearers were Aaron Hayes, Tyson Bangs, Caleb Reeder, Shane Zdankiewicz, Cody Zdankiewicz and Bryan Zdankiewicz. Honorary pallbearers were Robby Owens, Robert Henson and Robby Reves. Military honors were accorded at the graveside by members of Heyde-Pillow V.F.W. Post No. 1301, American Legion Post No. 147 and Illinois National Guard Flag Detail all of Marion, IL. Those participating were Commander, Larry Largent; Chaplain, Dan Fruge; Bugler, Jim Grieme; Officer of the Day, Pat Campbell; National Colors, Ernie Rinella; VFW Colors, Bill Rice; Color Guard, Relph DeVasier and Jessie James and Firing Squad, Don Burgrabe, Bill Hatfield, Fred Read, Bill Reynolds, Ron Russell, Jerry Swisher and George Trammell. Members of the Illinois Army National Guard Funeral Honors Team participating in folding of the flag were SSG DuClos and PFC Noland. Presentation of the folded flag to Bill’s wife, Lois was by SSG DuClos. After the committal service at the cemetery the family and friends gathered at Abundant Life Assembly Church of Marion for a meal and continued time of fellowship and support. For those who preferred, memorial contributions were made to “The Abundant Life Assembly Youth Camp Fund”. Memorial contribution envelopes were available at the funeral home or were mailed in care of Wilson-McReynolds Funeral Home, P.O. Box 370, Marion, IL, 62959. For additional information please contact the funeral home by calling 618-993-2131.

The family of William V. "Bill" Zdankiewicz created this Life Tributes page to make it easy to share your memories.