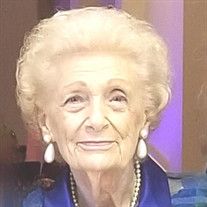 Beloved Marion Educator and &#8220;Matriarch of the Arts&#8221;, Yolonde Byassee Peterson took her final bow Tuesday, December 28, 2021, at 10:18 PM at Heartland Regional Medical Center of Marion. She was escorted off the earthly stage with... View Obituary & Service Information

The family of Yolonde Byassee Peterson created this Life Tributes page to make it easy to share your memories.

Beloved Marion Educator and “Matriarch of the Arts”, Yolonde...

Send flowers to the Peterson family.