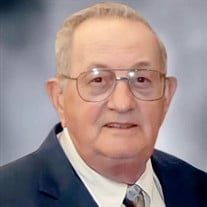 Allen D. Burbank, age 81, of Marion, IL, passed away peacefully with his family by his side, at 7:16 a.m. on Wednesday, June 16, 2021, in Deaconess Gateway Hospital of Newburgh, IN. He was born on Thursday, November 9, 1939, in Marion, IL, the son of William Wayne “Cos” and Reba Mae (Woodard) Burbank. Allen attended school in Harrisburg, IL, and was a graduate of Harrisburg High School Class of 1957. During high school, he played the clarinet and saxophone in the “Jazz Band.” He continued his education at Southern Illinois University of Alton, IL, where he received his Bachelors of Science Degree in Secondary Education with endorsements in chemistry, physics and math in 1964. While attending college he also worked for Western Union as a relief operator. It was at this time that he met his wife, Judith Carol Gibbs. They were united in marriage on Saturday, August 10, 1963, in the First Presbyterian Church of Carmi, IL, and together they have shared nearly 58 years of marriage. During the next year, to help serve the military, Allen work as a chemist at Olin Mathieson Chemical Corporation in Marion, IL working with munitions and artillery. The following 10 years, he kicked off his teaching career by working at Ziegler High School, Christopher High School, and Pinckneyville High School. During these 10 years, he continued his professional education by attending night classes and summer classes at Southern Illinois University at Carbondale. He received his masters of education in administration in 1974. For the first time, Allen took his teaching career north, where he became a principal at Onarga Jr/Sr. High School for the next 3 years. His administrative career was short lived, because his heart was in the classroom and he missed teaching his students. He made the decision to move his family back to Southern Illinois. He took a position at Chester High School teaching chemistry, physics, and mathematics for the next 26 years. He raised his family in Marion, yet drove 55 miles each day to work until he retired in 2005. Allen gave 41 years of outstanding service to the state of Illinois in the field of education. Allen had many accomplishments, but some were extremely special to him. He co-authored a textbook used at Southern Illinois University for the Rivers Curriculum Project in the Chemistry Department in 1997. He was awarded the prestigious American Chemical Society (ACS) Outstanding High School Chemistry Teacher award in 1997. He also received the Phi Delta Kappa (PDK) Distinguished Educator’s Award in 1997 and the Tandy Technology Scholars award, which recognizes academic excellence in Mathematics, Science, and Computer Science 1989-1990. During his teaching career at Chester High School, Allen wrote numerous grants that resulted in hundreds of thousands of dollars to be used for the chemistry department. Allen enjoyed fishing, “tinkering” in his garage, playing card games, collecting coins, and traveling with his wife. They had traveled to all states in the U.S. except Alaska and Hawaii. Allen loved his two daughters and was especially proud of their accomplishments. He doted on his grandchildren and was always very involved in their activities and lives. He has attended 100’s of soccer games, cheerleading events, graduations, and musical productions. He was looking forward to meeting his first great-grandchild in July and said, “He was going to take him fishing as soon as he could hold a pole.” He was a member of the First Baptist Church of Marion, and a lifetime member of the Southern Illinois Hunting Club of Harrisburg. Allen has been a supporter of Southern Illinois Christian Service Camp in West Frankfort since the early 1970’s and he and Judy still financially support them monthly. While living in Pinckneyville, Allen was a pastor of the First Christian Church of Pinckneyville for 6 years. He had a strong faith in Jesus Christ and enjoyed witnesses to others through teaching Sunday school, Bible study, and preaching. His life was a personal testimony of the love he had for his Lord and Savior. He is survived by his wife, Judy Burbank of Marion; two daughters, Bryanna Ramsey and Paul Browne of Marion and Sarah Mullican and husband, Greg of Glen Carbon, IL; four grandchildren, Justin Ramsey of St. Louis, MO, Andrew Mullican of Edwardsville, IL, Nicholas Ramsey and wife, Chelsea of Marion and Rachel Mullican of Glen Carbon, IL; one great grandson, Jensen Michael Ramsey that is expected to be born on July 16, 2021, other extended family and many friends. He was preceded in death by his parents and son-in-law, Micheal Kent Ramsey in 1998. Arrangements were entrusted to Wilson-McReynolds Funeral Home, 900 North Court Street, Marion, IL. The visitation was on Monday, June 21st, from 5:00 p.m. to 8:00 p.m. at the funeral home. During the time of visitation, a “Reflection of Life” DVD Memorial Tribute featuring special people, places and events in Allen’s life was presented to the family and friends. The funeral service was on Tuesday, June 22, 2021, at 11:00 a.m. at Wilson-McReynolds Funeral Home with the Dr. Bob Dickerson presiding. The prelude and postlude musical selections were presented by pianist, Terry Ragain. Special recorded vocal musical selections presented during the service were, “Scars in Heaven” by Casting Crowns and “Welcome Home” by Michael W. Smith. Special musical selection presented during the service was “I’ll Fly Away” by Keith Richey and Kevin Fleming, with Kevin accompanying on the guitar. Rev. Mike Morgan, a very close friend of the family, concluded the service with a prayer. Entombment will follow at a later date in Rose Hill Cemetery with a private family service. Following the service, the family and friends gathered at Allen and Judy’s home for a meal and continued time of fellowship and support. The family requested, for those who preferred, memorial contributions be given to “Southern Illinois Christian Service Camp” of West Frankfort, IL. Memorial contributions may be mailed in care of Wilson-McReynolds Funeral Home, 900 N. Court Street, Marion, IL, 62959. Memorial envelopes will be available at the funeral home. For additional information, call the funeral home at 618-993-2131.

The family of Allen Dale Burbank created this Life Tributes page to make it easy to share your memories.

Send flowers to the Burbank family.