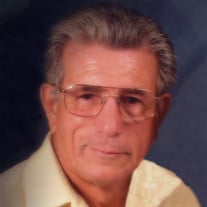 Darrell W. Honey, age 75, of Pittsburg, IL, passed away suddenly at 12:28 p.m. on Friday, October 10, 2014, in Heartland Regional Medical Center of Marion, IL. He was born on Monday, April 3, 1939, in Tamms, IL of Alexander County the son of Earl and Jewel (Phillips) Honey. Darrell attended school in Tamms and was a graduate of Tamms High School in 1957. After graduation he answered the call of the nation by enlisting into the United States Marine Corps in 1958, being stationed at Camp Pendleton, CA and after his period of faithful service was honorably discharged in 1962. Darrell was united in marriage to Ruth B. Jones on Friday, July 8, 1960, in Marion, IL. They began their new life together by living in California for the next two years until they returned to the area after his discharge. Together they have shared over 54 years of marriage. His working career was with United Parcel Service for 30 years until his retirement in 1994. Since his retirement he has enjoyed life on the “farm” for 20 years. He was a former active member of Pleasant Grove United Methodist Church near Paulton, IL for many years. He served in many various positions of the church including; lay leader, Sunday school superintendent and Sunday school teacher. He also served on the Pleasant Grove Cemetery Board and as Board President for 20 years. Darrell had many hobbies including restoring antique tractors, oil painting, building machinery from scratch and repairing all kinds of equipment. In recent years he has enjoyed building and flying remote controlled model airplanes. He has served as President of the Sky Squires Flying Club of Marion for many years and looked forward to flying every Sunday afternoon. He enjoyed getting to know all the people in the club and called them his friends. He also enjoyed traveling with his wife and sister-in-law, Leota and together they have covered the United States and Mexico. Though he was always busy with work and his many interests; the most important part of his life was his family. He always took interest in their activities and treasured the many times they shared together. He is survived by his wife, Ruth Honey of Pittsburg, IL; daughter, Susan Honey of Pittsburg, IL; granddaughter, Tiara Honey of Pittsburg, IL; four brothers and two sisters-in-law, Doug and Edna Honey, Glenn Honey, Gary Honey and Terry and Rachel Honey all of Tamms, IL; two sisters-in-law, Leota Paddock and Lorene Gilpin and husband, Bob all of Marion, IL, many nieces, nephews, other extended family and many friends. He was preceded in death by his parents and brother, Delmar. Arrangements for Darrell W. Honey were entrusted to the Wilson-McReynolds Funeral Home, 900 N. Court Street, of Marion, IL. The time of visitation was from 5:00 p.m. until 8:00 p.m. on Tuesday, October 14th at the funeral home. During the time of visitation a “Reflection of Life” DVD Memorial Tribute featuring special people, places and events of Darrell’s life was presented to the family and friends. The funeral service was at 11:00 a.m. on Wednesday, October 15, 2014, at Wilson-McReynolds Funeral Home with Rev. John Howat and Rev. Jason Jean presiding and Jim Tucker presenting comments of memory. The prelude and postlude musical selections were presented by pianist, Lori Creamer. Special vocal musical selections presented during the service were “Amazing Grace”, “How Great Thou Art” and “Precious Lord Take My Hand” all by Lori Creamer who accompanied herself on the piano. The service concluded with the recorded musical selection “You Raise Me Up” by Josh Groban. Interment followed in Pleasant Grove Cemetery located northeast of Marion, IL, near Paulton. Pallbearers were Stacey Peebels, Clay Simmons, Bill Tite, Tom Sosnowski, Doug Gwaltney and Jim Tucker. After the committal service at the cemetery, the family and friends gathered at Angelville Church, located northeast of Marion near Poordo, for a meal and continued time of fellowship and support. For those who preferred, memorial contributions were made to either “Pleasant Grove Cemetery” or the “Marion Ministerial Alliance”. Memorial contribution envelopes were available at the funeral home or were mailed in care of Wilson-McReynolds Funeral Home, P.O. Box 370, Marion, IL, 62959. For additional information please contact the funeral home by calling 618-993-2131.

The family of Darrell W. Honey created this Life Tributes page to make it easy to share your memories.

Send flowers to the Honey family.