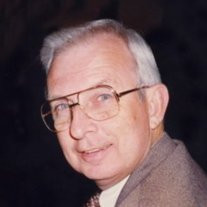 Ed Bowles, age 72, of Marion, IL, passed away peacefully at 9:30 a.m. on Monday, April 15, 2013, at his home. He was born on April 11, 1941, in Sunfield, IL, the son of Robert and Eva (Short) Bowles. Ed was a 1959 graduate of Harrisburg Township High School in Harrisburg, IL. After college, at the age of age 23, Ed began working at Southern Illinois Power Cooperative on Lake of Egypt in 1964. He remained working for SIPC for the nearly 43 years until his retirement in early 2007, as Superintendent of Operations. He was united in marriage to Betty (Absher) Fox in 1994, at Townsend, TN, located in the Smokey Mountains. Together they have shared 18+ years of a loving marriage. Ed was of the Protestant faith and loved his Lord. He will be remembered as a devoted loving husband and as Bud or Buddy to his family and childhood friends. He loved his job and had an exceptional work ethic, highly thought of by his co-workers. Ed had a great sense of humor, was a great neighbor, loved his yard and outdoors and had a love for his pets. His kindness was extended to all and he loved taking care of people that had a need. Ed was a man of small stature, however, his presence was heads above most men. He will be greatly missed by all and the many memories that have been created will be treasured by those he now leaves behind. He is survived by his wife, Betty (Absher) Bowles of Marion, IL; son and daughter-in-law, Lester and Sheila Bowles of Marion, IL; step-son, Colonel Kevin Fox, USAF and wife, Linda currently stationed in Germany; three grandchildren, Dalton Bowles of Marion, IL, Emilee Bowles of Marion, IL and Tyler and (Jaela Doss) Bowles of Crab Orchard, IL; great granddaughter, Rilee Bowles of Crab Orchard, IL; brother and sister-in-law, David and Jane Bowles of Pittsboro, IN; niece, Frost Corbitt and family of Tunnel Hill, IL; nephew, Zeb Bowles and family of Ozark, IL, other extended family and many friends. He was preceded in death by his parents. Arrangements for Edward Bowles were entrusted to the Wilson-McReynolds Funeral Home, 900 N. Court Street, of Marion, IL. The time of visitation for family and friends was on Saturday, April 20, 2013, between the hours of 12:00 noon and 2:00 p.m. at the funeral home. During the time of visitation a DVD of “Building of the Power Plant at the Lake of Egypt” and a DVD showing Ed being interviewed about his working career at the plant was presented to the family and friends. Following the time of visitation the funeral service was at 2:00 p.m. with Kevin Murphy and Mike Murphy presenting the eulogy and Rev. Kenneth Blumenstock presiding. The prelude musical selections were recorded piano selections. Special recorded vocal musical selections presented during the service were “Take My Hand Precious Lord” and “How Great Thou Art” both by Elvis Presley. Also presented during the service was the vocal musical selection “Beulah Land” by Betty’s cousin, Serita Robinson with taped accompaniment. The recorded postlude musical selection presented was “Auld Lang Syne” by Kenny G on the saxophone. Interment followed in Rose Hill Cemetery of Marion, IL. Pallbearers were David James, Greg Bain, Kevin Murphy, Mike Murphy, Greg Hilliard and Bob Purnell. After the committal service at the cemetery the family and friends gathered at the Knight of Columbus Hall in Marion, for a meal and continued time of fellowship and support. For those who preferred, memorial contributions were made to either “Gum Drops” (An organization dedicated to providing food for at- risk children of Southern Illinois) or “MPN Research Foundation” (The Myeloproliferative Neoplasm Research Foundation). Memorial contribution envelopes were available at the funeral home or were mailed in care of Wilson-McReynolds Funeral Home, P.O. Box 370, Marion, IL 62959. For additional information please contact the funeral home by calling 618-993-2131.

The family of Edward E. "Ed" Bowles created this Life Tributes page to make it easy to share your memories.