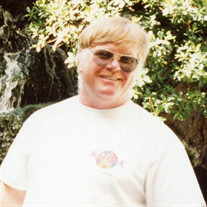 Gary L. Fletcher, age 64, of rural Thompsonville, IL passed away peacefully with his family by his side at 8:50 a.m. on Wednesday, February 28, 2018, at his home. He was born on Thursday, January 14, 1954, in Harrisburg, IL the son of Homer Lee and Wanda Lee (Gregory) Fletcher. Gary attended school in Galatia and was a graduate of Galatia High School Class of 1972. He went on with his education at Southeastern Illinois College, near Harrisburg, IL, where he received his Associate Degree. Gary’s working career in farming began at a young age with his father. He continued his farming career and enjoyed raising grains and hogs up until the time of his passing. His current home and farm is only about a mile away of his boyhood home. He was united in marriage to Marguerite Fay Thompson on Saturday, January 28, 1984, at Aldersgate United Methodist Church of Marion, IL, and together they have enjoyed over 34 years of marriage. Gary was a member of the First Baptist Church of Galatia. He was also a member of the Saline and Williamson County Farm Bureaus. Though farming always kept his life very busy, in his spare time earlier in his lifetime Gary enjoyed golfing. He also enjoyed gardening and raising vegetables and was an avid St. Louis Cardinal Baseball fan. He loved people and enjoyed visiting with all his neighbors, other farmers, and spending time with his family. He loved his children and was always interested in all of their activities and very proud of their accomplishments, especially their education and life’s careers. The many memories that have been created will now be cherished by those he leaves behind. He is survived by his wife, Marguerite F. “Marg” Fletcher of rural Thompsonville; son, Ryan L. Fletcher of Oxford, MS; daughter, Jennifer L. Fletcher of Newburgh, IN; mother, Wanda L. Fletcher of Galatia, sister, Cynthia Adams of Marion and James N. of Carbondale, IL; two nephews, James Adams and his wife Beth of Carterville, IL and Thomas Adams of Carbondale, IL, other extended family and many friends. He was preceded in death by his father. Arrangements for Gary L. Fletcher were entrusted to Wilson-McReynolds Funeral Home, 900 N. Court St., Marion. The visitation was from 5:00 p.m. to 8:00 p.m. on Saturday, March 3rd at the funeral home. During the visitation a “Reflection of Life” DVD Memorial Tribute was presented to the family and friends and featured special people, places, and events of Gary’s life. The visitation resumed on Sunday, March 4, 2018, after 1:00 p.m. until 2:00 p.m. at Ebenezer Community Church, located near Gary’s home on Ebenezer Road northeast of Marion near the Saline, Franklin and Williamson County line. Following the time of visitation, the funeral service was at 2:00 p.m. with Pastor Keith Fletcher presiding. Special recorded vocal musical selections presented during the service were “Amazing Grace” by Alan Jackson, “I Can Only Imagine” by MercyMe, and “Go Rest High on that Mountain” by Vince Gill. Interment followed just outside of the church in the Ebenezer Cemetery. Those serving as pallbearers were Thomas Adams, Clint Price, Cullum Price, Cletus Price, Richard Guye, Ben Taylor, and James Adams. Following the graveside committal service the family and friends gathered at the First Baptist Church of Galatia for a meal and continued time of fellowship and support. For those who preferred, memorial contributions may be made to “Hospice of Southern Illinois” and mailed in care of Wilson-McReynolds Funeral Home, 900 N. Court Street, Marion, IL 62959. Memorial envelopes were available at the funeral home and the church. For additional information call the funeral home at 618-993-2131.

The family of Gary Lee Fletcher created this Life Tributes page to make it easy to share your memories.

Send flowers to the Fletcher family.