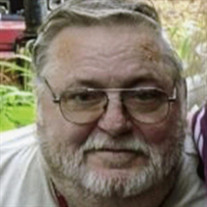 Harold D. “Bud” Mangrum, age 72, of Johnston City, IL, passed away at 6:43 p.m. on Wednesday, January 12, 2022, in Memorial Hospital of Carbondale, IL. He was born on Friday, March 25, 1949, in Herrin, IL, the son of Jack and Dorothy Ellen (Murphy) Mangrum. Bud answered the call of this nation in March of 1967, by serving in the United States Air Force during the time of the Vietnam War. During his 20-year career he was stationed in Vietnam, California, Delaware, South Carolina, Alaska and ended his career at Scott Field near Fairview Heights, IL. After his period of faithful service, he was honorably discharged with the rank of a Tech Sergeant in 1987. After his military service, he began another career as an over the road truck driver for various trucking companies which allowed him to learn the roadways of America like the back of his hand and finally retired after 20 years of trucking. He always enjoyed working to keep from sitting still. He was united in marriage to Mary Esther Carrier on Tuesday, June 23, 1970, in the home of Mary’s parents, who lived in Marion, and together they have enjoyed over 51 years of marriage. He was of the Baptist faith and attended many different churches of the area. He also was a lifetime member of the Heyde-Pillow V.F.W. Post No. 1301 of Marion, and the American Legion Post No. 147 of Marion. When he was in the military, he was a member of the Air Force Sergeants Association. In his spare time, he enjoyed fishing, gardening, working in his flowers and tinkering with anything all throughout his life. He loved animals and had rescued many beloved pets including three dogs named Biskit, Sisco, and Gracie and several cats. He had an affinity for helping others in any way he could especially by fixing broken things that people would bring him. He was a very generous person who was beloved by his family and friends and the many memories created will now be cherished by those he leaves behind. He is survived by his wife, Mary E. Mangrum of Johnston City; daughter, Jacqueline Mangrum of Johnston City; daughter, Regina DeCoursey and husband, Deon of Johnston City; daughter Renee Mangrum and wife, Shelly of Pittsburg, IL; son, Dwayne Mangrum and wife, Tresa of Johnston City; nine grandchildren, Steven Ward of Carbondale, IL, Samantha Childers of Carbondale, IL, Jacob Mangrum and fiancé, Madison Lucas of Marion, Hannah Mangrum and fiancé, Elliot Jenkins of Knoxville, TN, Abigail Sappington of Pittsburg, IL, Michelle Lindsey of Marion, Steven Hastings of Energy, IL, Breanna Hastings of Marion, and Morgan Pring and husband, Ryan of Dalzell, SC; three great grandchildren, Cameron Johnson, Aiden Hastings and Brysen Hastings all of Energy, IL; adopted son and best friend, Randy Kirkpatrick and his wife, Glenetta of Johnston City; son-in-law, Roy Floyd and wife, Angela of Dalzell, SC, other extended family members and many friends. He was preceded in death by his parents; daughter, Marilyn JoAnne Mangrum; grandson, David Ray Mangrum-Floyd; three brothers, Jackie Lee Mangrum, Donnie R. Mangrum, Sr. and Billie Joe Mangrum. Arrangements were entrusted to Wilson-McReynolds Funeral Home, 900 North Court Street, Marion, IL. The visitation was from 11:00 a.m. to 1:30 p.m. on Tuesday, January 18, 2022, at the funeral home. During the time of visitation, a “Reflection of Life” DVD Memorial Tribute featuring special people, places and events in Harold’s life was presented to the family and friends. Following the time of visitation, the funeral service was at 1:30 p.m. with Bud’s daughter, Renee Mangrum; adopted son, Randy Kirkpatrick and David Watson presiding. Special recorded vocal musical selections presented during the service were “Amazing Grace” by Elvis Presley, “Daddy’s Hands” by Holly Dunn, “The Old Rugged Cross” by Alan Jackson, and “Go Rest High on That Mountain” by Vince Gill. Interment followed near his daughter, Marilyn JoAnne Mangrum in Oddfellows Cemetery of Marion, IL. Pallbearers were David Watson, Kyle Kirkpatrick, Keith Mangrum, Daniel Sloan, Randy Kirkpatrick, and Mickey Mangrum. Military honors were accorded at the graveside by members of Marion V.F.W. Heyde Pillow Post No. 1301 Funeral Honors Detail and members of the United States Air Force Funeral Honors Detail. During the folding of the flag, special musical selection of “America the Beautiful” was presented. Following the committal service at the cemetery, the family and friends gathered at Andresen’s Cafe in Johnston City, IL, for a meal and continued time of fellowship and support. The family requested for those who preferred, memorial contributions be made to “Marion V.F.W. Heyde-Pillow Post No. 1301 Funeral Honors Ritual Team”. Memorial contributions were mailed in care of Wilson-McReynolds Funeral Home, 900 N. Court Street, Marion, IL, 62959. For additional information call the funeral home at 618-993-2131.

The family of Harold Dwayne "Bud" Mangrum created this Life Tributes page to make it easy to share your memories.