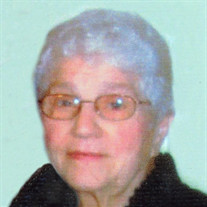 Helen D. Davis, age 86, of Marion, IL passed away peacefully surrounded by her family at 5:00 p.m. on Friday, May 10, 2019, at her home. She was born on Friday, November 18, 1932, in Herrin, IL, the daughter of Philip Ernest and Staffa (Horvath) Vanseghi. Helen grew up and attended school in Zeigler and was a graduate of Zeigler High School Class of 1944. She continued her education by attending Southern Illinois University in Carbondale, IL where she received her Bachelor Degrees in Home Economics and Language Arts. Following her graduation her teaching career began in Thompsonville and Zeigler, Illinois and she continued teaching Home Economics for thirty-five years in Oak Park and River Forrest, IL and was a life member of the Parent Teachers Association. Following her retirement she returned to Southern Illinois in 2002. She was of the Catholic Faith and first was a member of the Catholic Church in Zeigler and attended St. Joseph Catholic Church in Marion after returning to Southern, IL. Helen was first united in marriage to Edward Carroll Carr on Saturday, August 18, 1956, and together they shared over forty-six years of marriage until his death on Monday, May 12, 2003. She later married Raymond Davis on Saturday, February 10, 2007, and together they shared over two years of marriage until his death on Monday, April 6, 2009. She lead an active life and enjoyed the fellowship of the Heartland Healthy Circle and their dinners and dances held at the Pavilion in Marion and the Women’s Connection luncheons and meetings supporting Stone Cross Ministries at Kokopelli Country Club in Marion. In her spare time she enjoyed watching Fox News and especially the Sean Hannity political talk show. She is survived by her sister, Gloria Lynn McKlin of Mulkeytown, IL; two brothers, Louis Ray Vanseghi and wife, Betty of Villa Grove, IL and Paul Douglas Vanseghi of Zeigler, IL; other extended family members, and many friends including special friends, Mary Hewlett and Judy Rhoda both of Marion, IL. She was preceded in death by his parents and husbands, Ed Carr and Raymond Davis. Arrangements for Helen D. Davis were entrusted to Wilson-McReynolds Funeral Home, 900 North Court Street, Marion, IL. A time of visitation was from 10:00 a.m. to 11:00 a.m. on Thursday, May 16, 2019, at the funeral home. Following the time of visitation, the memorial service was at 11:00 a.m. with Father Brian Barker presiding. Other friends who participated were Judy Rhodes and Bonnie Mize, presenting comments and memories of their beloved friend. The prelude and postlude were recorded musical selections. Also, during the service Father Brian presented the special vocal musical selection “All the Roads” accompanying himself on the piano. Private inurnment followed in San Carlo Cemetery in Herrin. The family and friends then gathered at Grace Awakening Church of Benton, for a meal and continued time of fellowship and support. For those who preferred, memorial contributions were made to “Hospice of Southern Illinois”. Memorial contribution envelopes were available at the funeral home or were mailed in care of Wilson-McReynolds Funeral Home, 900 North Court Street, Marion, IL 62959. For more information please call the funeral home at 618-993-2131.

The family of Helen D. Davis created this Life Tributes page to make it easy to share your memories.

Send flowers to the Davis family.