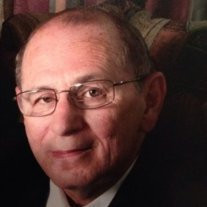 Laurel L. Kobler, age 73, of Marion, IL, passed away peacefully with his family at his side at 3:00 a.m., on Tuesday, September 17, 2013, at his home. He was born on Tuesday, December 26, 1939, in Marion, IL the son of Walter Henry and Doris Marie (Allen) Kobler. Laurel attended school in Marion and was a graduate of Marion High School in 1957. After graduation he continued his education by attending Southern Illinois University of Carbondale, IL and went on to attend Lockyear Business College in Evansville, IN. Laurel was united in marriage to Linda Jones on Saturday, September 16, 1961, at Aldersgate United Methodist Church, when it was located on South Market Street in Marion, and together they just shared their 52nd anniversary on Monday. His working career in book-keeping and accounting began at Allen Industries of Herrin, IL and later for Parks Implements of Marion, IL. Then as the Southern Illinois Power Coop began to be formed in the early 1960’s he began working as their accountant and remained in that position until 1981 when his health forced him to retire. He has been a member of Aldersgate United Methodist Church of Marion for over sixty years. In his spare time he enjoyed listening to gospel music and watching the “Gaither Gospel Quartet” Videos. He also enjoyed working in his yard and spending time with his special little dog, Katie. Laurel loved his family and was always interested in their many activities. He looked forward to the many times they all would gather together. Those now left behind will cherish the many memories that have been created. He is survived by his wife, Linda Kobler of Marion, IL; daughter, Tauna Kobler of Marion, IL; son, Rev. Tim Kobler of Knoxville, TN; and Tim’s children, Clara and Andrew; sister and brother-in-law, Judy and Bill Hopkins of Marion, IL; sister-in-law, Jimmie Jones of Los Angeles, CA; brother-in-law, Clyde Jones of Phoenix, AZ; sister-in-law, Dea Anna Welleford of Duncan, AZ; brother-in-law and sister-in-law, Gary and Chris Jones of Seattle, WA; aunt, Doris Kobler of Ferguson, MO, many nieces, nephews, cousins and many friends. He was preceded in death by his parents. Arrangements for Laurel L. Kobler were entrusted to Wilson-McReynolds Funeral Home, 900 N. Court St., Marion, IL. The visitation for the family and friends was from 1:00 p.m. until 3:00 p.m. on Saturday, September 21, 2013, at Aldersgate United Methodist Church, located at 1201 N. Fair Street in Marion. Following the time of visitation the funeral service was at 3:00 p.m., with The Rev. Dr. Tim Ozment presiding. The Prelude and Postlude were presented by Pianist, Sharon Disney. Special recorded musical selections presented during the service were “My Desire”, “It Is Well With My Soul”, “My Tribute” & “Eagle’s Wings” by Judy Hopkins, “I Can Only Imagine” & “Give Me Jesus” by Mark Fisher, and a congregational hymn “A Mighty Fortress Is Our God” lead by Gary Duly. Interment followed in Rose Hill Cemetery of Marion, IL. Pallbearers were Burkett Milner, Mike Mesoner, Paul Jacobs, Lee Guinn, John Payne and Wally Dodge. Following the service at the cemetery the family and friends gathered at Aldersgate United Methodist Church in Marion, for a meal and continued time of fellowship and support. Memorial contributions were made to either “Aldersgate Capital Campaign Fund” or “Hospice of Southern Illinois”. Memorial contribution envelopes were available at the church and the funeral home or were mailed in care of Wilson-McReynolds Funeral Home, P.O. Box 370, Marion, IL, 62959. For additional information please contact the funeral home by calling 618-993-2131.

The family of Laurel Lee Kobler created this Life Tributes page to make it easy to share your memories.

Send flowers to the Kobler family.