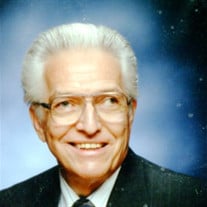 Leslie A. Porter, 76, of Marion, IL, died at 10:52 p.m. on Wednesday, June 28, 2017 at Herrin Hospital after a bout with prostate cancer. He was born January 25, 1941 in Mt. Vernon to the late Everett and Gladys Porter and attended the local public schools, graduating from Mt. Vernon High School in 1959 and then in 1961 from Mt. Vernon Community College. While working between semesters at the Manteno State Hospital, he met Beverly Benoit and on March 19, 1966, they married in Beaverville, IL; Leslie then graduated on June 10th from SIU. He later returned to Carbondale, while teaching in Cape Girardeau, MO and Mt. Vernon, to be selected to the Phi Kappa Phi Honor Society and graduated with a Masters in Guidance and Educational Psychology in 1972. Leslie and Beverly moved to Marion that year where he continued his 40 years in teaching working for Marion Unit 2 and the Williamson County Special Education District. He would teach a panoply of pre-vocational and vocational courses during the school year, pick up U.S. Government in summer school, plus add an occasional co-op at Marion businesses such as Collectors Choice/Court Street Tea Room, Hill Printing, and Minton’s Produce. Teaching led to becoming a multi-term officer with the local Marion Education Association, active particularly on the negotiating and insurance committees, and a life member of the Illinois Educational Association/National Educational Association. He was later invited to join Kiwanis in 1980, where he served 36 years, also in multiple leadership and committee roles, as well as being the cashier (or “Ticketmaster”) for the pancake breakfasts. He was also a member of United Commercial Travelers and Marion Elks Club No. 800. He retired from the classroom in 2006 to volunteer with Marion Senior Circle and Marion Senior Club, as well as Heartland Regional Medical Center Auxiliary. He became an accepted and beloved member of Our Redeemer Lutheran Church. When he wasn't busy, “Les is More” could also be seen around town either walking at The Hub or attending a Miners game or not to be seen around mushroom hunting or touring. Leslie is survived by his four sons: Jeffrey of New Orleans, LA; Gregory of Marion, IL; Timothy of Kinnelon, NJ; and Christopher (wife Jennifer) of London, England. Whenever one of them briefly or extendedly returned to town and introduced himself, he would eventually be recognized as “Mr. Porter’s son.” As well as his sons, Leslie leaves behind a grandson, Sean, of Kinnelon, NJ; a nephew, David, and wife Vicki of Mt. Vernon with their children, Christina (husband Robert) Blaydes, Jamie (fiancé Aaron Bradford), and Lisa, all of Mt. Vernon, and David (wife Jess) of Vallejo, CA; and their five grandchildren: Robert and Alec Blaydes, Bria Bradford, Drake Henry, and Zachery Porter; and various Porter and Hughey kin living between Mt. Vernon, Fairfield, and Carmi. His infant sister, Joyce, older brother, Everett, and nephew, Michael Loss, preceded him in death. Arrangements were entrusted to Wilson-McReynolds Funeral Home, 900 N. Court St., Marion, IL. The visitation was from 5:00 p.m. until 8:00 p.m. on Friday, July 7th at the funeral home. The funeral service was on Saturday, July 8, 2017, at 11:00 a.m. in Mt. Vernon Memorial Gardens, 6449 East Illinois Highway 15, Woodlawn, IL, with Pastor Martha Stum officiating at the cemetery chapel. During the service the musical selection “Beautiful Savior” was presented as a congregational hymn. Interment followed on the family lot. Pallbearers were Jeff Porter, Greg Porter, Christopher Porter, David Porter and Charles R. Webb. At the graveside the musical selection “How Great Thou Art” was presented as a congregational hymn. For those who preferred, memorial contributions were made to Our Redeemer Lutheran Church or International Fellowship of Christians and Jews and mailed in care of the funeral home, where memorial envelopes were available. For additional information please call the funeral home at 618-993-2131.

Leslie A. Porter, 76, of Marion, IL, died at 10:52 p.m. on Wednesday, June 28, 2017 at Herrin Hospital after a bout with prostate cancer. He was born January 25, 1941 in Mt. Vernon to the late Everett and Gladys Porter and attended the local... View Obituary & Service Information

The family of Leslie A. Porter created this Life Tributes page to make it easy to share your memories.

Send flowers to the Porter family.