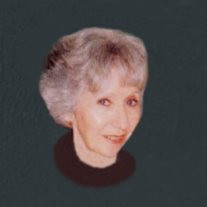 Nigel H. Brown, age 76, of Marion, IL, formally of the Decatur, IL area, passed away at 9:00 a.m. on Friday, January 31, 2014, in Memorial Hospital of Carbondale, IL. She was born on Tuesday, July 27, 1937, in Harrisburg, IL the daughter of George and Mary Gertrude (Ingram) Jenkins. Nigel attended school in Harrisburg and was a graduate of Harrisburg High School in 1955. She was first united in marriage to Thomas Holderby and later was united in marriage to Henry Brown. Nigel’s working career had always been affiliated with education, having worked in several positions with colleges with the last being as secretary for the Dean of Arts and Sciences at Millikan University of Decatur, IL until her retirement. After moving to Marion, IL in 2006, she transferred her church membership and became a member of Aldersgate United Methodist Church of Marion, IL. Nigel was known for always being on the go and being involved. She enjoyed being part of the activities of the church and also in her spare time would volunteer in the office of Hospice of Southern Illinois. She also enjoyed being around her friends and every day looked forward to going out to eat. The many memories that were created will now be treasured by those left behind. She is survived by her son and daughter-in-law, Kevin and Mary Holderby of Marion, IL; stepson, Skip Brown and his wife, Kathleen of LaGrange, IL; two step granddaughters, Anna and Claire Brown both of LaGrange, IL; two brothers and one sister-in-law, Jack Jenkins of Marion, IL and George and Ruth Jenkins of Brown City, MI, several nieces and nephews, other extended family members and many friends. She was preceded in death by her parents; husband, Henry Brown and three sisters, Wilma, Norma and Kathleen. Arrangements for Nigel H. Brown have been entrusted to Wilson-McReynolds Funeral Home, 900 N. Court St., Marion, IL. At this time no services will be held and a memorial service will be announced at a later date. For those who prefer, memorial contributions may be made to “St. Jude Children’s Hospital”. Memorial contribution envelopes will be available at the funeral home or may be mailed in care of Wilson-McReynolds Funeral Home, P.O. Box 370, Marion, IL 62959. For additional information please contact the funeral home by calling 618-993-2131.

The family of Nigel H. Brown created this Life Tributes page to make it easy to share your memories.