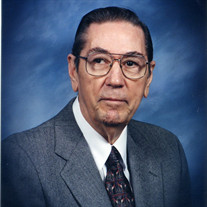 Philip E. “Phil” Van, age 85, of Marion, IL passed away peacefully at 3:48 p.m. on Thursday, August 21, 2014, in Heartland Regional Medical Center of Marion, IL. He was born on Friday, June 21, 1929, at home in Stiritz, IL the son of John Edgar and Lucy Ann (Mayes) Van. Phil attended school during his elementary years, grades 1 thru 6 at Stiritz, grades 7, 8 and freshman years at Oak Park, IL and then his sophomore thru senior years at Johnston City Township High School graduating in June of 1947. He was united in marriage to Wanda Griffin on Saturday, February 19, 1949, in Rock Island, IL and together they have shared the last sixty-five years together. Phil answered the call of this nation by enlisting into the United States Air Force on December 5, 1950, during the time of the Korean War. He flew between 35 to 40 B-36 bomber missions from his base in Texas to the “Point of No Return” and also during the “Cold War” period. After his period of faithful service he was honorably discharged on December 7, 1956, with the rank of Staff Sergeant. He began his working career in engineering as a draftsman for a Civil Engineer in Johnston City, IL. His career path became involved with Marconi Communications Inc., an American subsidiary of the great British Marconi Company, and was focused in specialized, sophisticated military and international communication systems. During his 43 year career his major achievements were made in marketing, engineering, program management and general management. He served in many of the management positions reaching the position of President of the company and retired in 1990. Phil is a member of the First Baptist Church of Marion, IL where he served as a Sunday school teacher and was a former member of the Coggon, Iowa Masonic Lodge. He was an avid reader and was always interested in current events. He was a collector of the Disney character “Eyore” and received many as gifts, adding to his collection. During his lifetime he has lived in 18 towns and cities, 10 states and 4 countries, became able to speak two languages and bits of two to three others and has amassed 168 credit hours in undergraduate, graduate and post graduate classes. He is survived by his wife, Wanda Van of Marion, IL; daughter, Phyllis Ann Van of Columbus, OH; son and daughter-in-law, David and Stephany Van of Pittsburg, PA; three grandchildren, Emily Van of Columbus, OH and James and Paul Van both of Pittsburg, PA, several nieces and nephews, other extended family and many friends. He was preceded in death by his parents; brother, Jack Van who was killed during WW II and two sisters, Fannie Norman and Betty Wedgeworth. Arrangements for Philip E. “Phil” Van were entrusted to the Wilson-McReynolds Funeral Home, 900 N. Court Street, of Marion, IL. The time of visitation was from 5:00 p.m. until 7:00 p.m. on Friday, August 29th at the funeral home. During the time of visitation a “Reflection of Life” DVD Memorial Tribute featuring special people, places and events of Phil’s life was presented to the family and friends. The funeral service was at 11:00 a.m. Saturday, August 30, 2014, at Wilson-McReynolds Funeral Home with Dr. Bob Dickerson presiding. Comments of memory were presented by Phil’s great nephew, Charlie Tuggle. The prelude and postlude musical selections were recorded piano selections. Special recorded vocal musical selections presented during the service were “Just a Closer Walk With Thee” by The Mills Brothers and “If You Could See Me Now” by the group Truth. Interment followed in Rose Hill Cemetery of Marion, IL. Pallbearers were Tim Stotlar, Steve Loraine, Jon Stotlar, John Van, Mike Stapleton and Todd Garrett. The committal service was presided by Dr. Bob Dickerson and Fred Edwards presenting the closing committal prayer. Following the committal service at the cemetery the family and friends gathered at First Baptist Church in Marion, for a meal and continued time of fellowship and support. For those who preferred, memorial contributions were made to the “Parkinson’s Disease Association”. Memorial contribution envelopes were available at the funeral home or were mailed in care of Wilson-McReynolds Funeral Home, P.O. Box 370, Marion, IL, 62959. For additional information please contact the funeral home by calling 618-993-2131.

The family of Philip Earl "Phil" Van created this Life Tributes page to make it easy to share your memories.