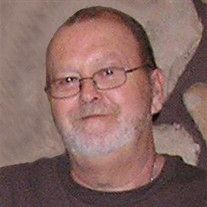 Stanley Coonce, age 62, of Creal Springs, IL, the Lake of Egypt community, passed away peacefully at 1:10 p.m. on Tuesday, November 10, 2015, in the hospice unit of Barnes-Jewish Hospital in St. Louis, MO. He was born on Thursday, December 4, 1952, in Carbondale, IL the son of Raymond and Mable (Webb) Coonce. He grew up in Goreville, IL and was a graduate of Goreville High School Class of 1970. He served in the United States Army and worked in the Marion Memorial Housekeeping Department for thirty-one years until his health failed. He was an avid reader and enjoyed reading novels, especially Steven King supernatural stories and science fiction and was a fan of Star Wars and science fiction shows. He enjoyed making and displaying his own outdoor Halloween decorations and also made a production of his 4th of July fireworks display. He is survived by his companion, Cathy Onstott of Creal Springs, IL; daughters, Katherine Weiland and her husband Steve of Jacksonville, FL, Linda Mayes and husband Bobby of Dykersburg, KY, Mary Coonce of Herrin, IL and Morgan Onstott and Madison Onstott both of Creal Springs, IL; eight grandchildren, Gaven Weiland, Lillyan Weiland, Dustin Long, Evelynn Mayes, Katherine Mayes, Alex Mayes, Jeremy Jennings and Megan Jennings; two brothers and sisters-in-law, Doyle and Shirley Coonce and Dale and Fern Coonce all of Tunnel Hill, IL, several nieces and nephews, other extended family members and many friends. He was preceded in death by his parents. Arrangements for Stanley Coonce were entrusted to Wilson-McReynolds Funeral Home, 900 N. Court St., Marion, IL. The visitation was from 2:00 p.m. to 4:00 p.m. on Saturday, November 14, 2015, at the funeral home. During the visitation a special DVD memorial tribute was presented. Following the time of visitation a time of remembrance was at 4:00 p.m. The prelude and postlude musical selections were recorded piano selections. The service began with a recorded musical selection of “Amazing Grace” on the bagpipes. Comments of memory were shared by Stanley’s daughter, Linda Mayes. After the service the family and friends gathered at the home of Cathy Onstott for a meal and continued time of fellowship. For those who preferred, memorial contributions were made to “PAWS” (Pets are Worth Saving Organization of Anna, IL) or organization of donor’s choice and mailed in care of Wilson-McReynolds Funeral Home, P.O. Box 370, Marion, IL 62959. Memorial envelopes were available at the funeral home. For additional information please contact the funeral home by calling 618-993-2131.

Stanley Coonce, age 62, of Creal Springs, IL, the Lake of Egypt community, passed away peacefully at 1:10 p.m. on Tuesday, November 10, 2015, in the hospice unit of Barnes-Jewish Hospital in St. Louis, MO. He was born on Thursday, December 4,... View Obituary & Service Information

The family of Stanley Coonce created this Life Tributes page to make it easy to share your memories.

Send flowers to the Coonce family.