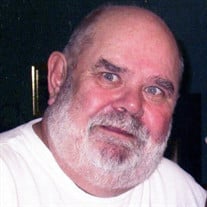 Tommy J. “Tom” Cousin, age 69, of rural Marion, IL, formerly of Grant Park, IL, passed away peacefully surrounded by his family at 2:15 p.m. on Saturday, June 4, 2016, at his home. He was born on Wednesday, July 31, 1946, in Paris, IL, the son of Maurice and Anna Ruth (Davis) Cousin. Shortly after his birth, his family moved to Sollitt, IL, located between Grant Park and Beecher, IL. Tom, as he was known by, attended school in Grant Park and was a graduate of Grant Park High School Class of 1964. He was united in marriage to Billie Louise Schumann on Tuesday, February 17, 1967, in Chicago, IL and they were blessed with five children; Joseph, Marianne, Christopher, Tomi Jo and Crystal. Together they shared many years until their divorce. His working career began after high school working at Bethlehem Tool of Maywood, IL for a short while. He later began working at the Arsenal Ammunitions Plant of Joliet, IL and later began working at Bernard Welding of Beecher, IL as a plant engineer. After a long career of 30 plus years at Bernard Welding he retired in 1996 due to health reasons. It was during his career at Bernard Welding that he began working part time for the Grant Park and Beecher Police Department. After several years and having achieved the rank of Sergeant he retired in 1986. After his retirement in 1996, from Bernard Welding he moved to Southern Illinois and built a home southeast of Marion. Tom was a Christian, and after moving to Southern Illinois, had attended St. Joseph Catholic Church in Marion as well as many other churches of the area. He also was a member of the Peotone Masonic Lodge No. 636 AF & AM of Manteno, IL. Between working and taking care of his family, Tom enjoyed spending time in the outdoors; especially arrowhead hunting, fishing and hunting. Every year, he and several friends would go on their annual fishing trip to Lake Hamlin in Michigan. Though he always kept busy, the most important part of his life was his family. He always was interested in all of their many activities and was always willing to help in any way he could. He enjoyed the many family gatherings and the many memories that were created. Now those he leaves behind will cherish the many memories that were created. He is survived by five children; Joseph Cousin and his wife Christine of Bourbonnais, IL; Marianne Cousin of Bradley, IL, Christopher L. Cousin and his wife Robin of Florence, KY and Tomi Jo and Crystal R. Cousin, both of Marion, 15 grandchildren, 2 great grandchildren; brother, Douglas Cousin of Grant Park; sister, Dawn Doran of Chicago, IL; former wife, Billie Louise Cousin of Marion; longtime companion, Sarah Lofton of Marion and her children, Francis Crow and Douglas Blackford both of Chandler, IN along with their 4 children, other extended family and many friends. He was preceded in death by his parents. Arrangements for Tommy J. “Tom” Cousin were entrusted to Wilson-McReynolds Funeral Home, 900 N. Court St., Marion, IL. The visitation was from 5:00 p.m. until 7:00 p.m. on Wednesday, June 8, 2016, at the funeral home. During the time of visitation a “Reflection of Life” DVD Memorial Tribute featuring special people places and events in Tom’s life was presented to family and friends. Following the time of visitation the memorial service was at 7:00 p.m. with Tom’s friend, Don Nalley presiding. Comments of memory were presented by Tom’s son, Chris Cousin. The service began with the recorded vocal musical selection “Knockin on Heaven’s Door” by Bob Dylan. Special recorded vocal selections presented during the service were “Just Like Them Horses” by Reba McIntire, “Amazing Grace-My Chains Are Gone” by Chris Tomlin and “On Eagles Wings” by Bette Midler. The service ended with the presentation of the recorded vocal musical selection “Puff the Magic Dragon” by Peter, Paul and Mary. Following the service the family and friends gathered at the Drury Inn in Marion, for refreshments and continued time of fellowship and support. In accordance with Tom’s wishes, cremation was accorded. For those who preferred, memorial contributions were made to either “Cardinal Glennon Children’s Hospital” or “Shriners Hospital for Children” and mailed in care of Wilson-McReynolds Funeral Home, P.O. Box 370, Marion, IL 62959. Memorial envelopes were available at the funeral home. For additional information please contact the funeral home by calling 618-993-2131.

The family of Tommy Joe "Tom" Cousin created this Life Tributes page to make it easy to share your memories.