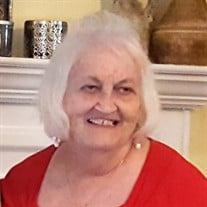 Vicki L. Waller, age 72, of Picayune, MS, former longtime resident of Marion, IL, passed away at 4:49 pm, on Sunday, October 11, 2020, in Lakeview Regional Medical Center of Covington, LA. Her and her husband, David had moved to Picayune in October of 2017, to be closer to family. She was born on Friday, November 14, 1947, in Johnston City, IL, the daughter of Virgil Lenford “Zig” Clendenin and Ludene Arvetta (Whitehead) Clendenin. She was united in marriage to David Waller on Friday, July 5, 1968, in Scottsboro Baptist Church of Marion, IL, and together they had shared nearly 53 years of marriage. Her working career was driving a bus for the Johnston City Schools 17 years and later was a substitute rural mail carrier, working in the Pittsburg, IL, area until her retirement in 2010. Earlier in her lifetime she was a member and attended at Shiloh Christian Church, located south of Marion, until it closed and later would attend with her husband at First Christian Church-Disciples of Christ also of Marion. She loved animals and enjoyed traveling and spending time with her family. She is survived by her husband, David Waller of Picayune, MS; daughter and son-in-law, Shawna Waller and Bryan Morris of Indianapolis, IN; sister and brother-in-law, Cheryl and Michael Sullivan of Carriere, MS; niece, Robin Jourdon and husband, Keith of Slidell, LA; nephew, Shannon Cobb of Carrollton, TX; two great nieces, Ashley Huben and husband, Jeff of Fernandina Beach, FL and Nora Cobb of Carrollton, TX; great nephew, Joseph Corona IV of Slidell, LA; great-great nephew, Jameson Huben of Fernandina Beach, FL, other extended family and many friends. She was preceded in death by her parents. Arrangements have been entrusted to Wilson-McReynolds Funeral Home, 900 North Court Street, Marion. The visitation will be on Saturday, July 17, 2021, from 1:00 pm to 2:00 pm at the funeral home. Following the visitation, the memorial service will be at 2:00 pm with Pastor John Holst presiding. Interment will follow next to her parents in Lakeview Cemetery of Johnston City, IL. Since Vicki loved animals so much, the family requests for those who prefer, memorial contributions be given to “St. Francis Care”, an animal shelter in Murphysboro, IL. Memorial contributions may be mailed in care of Wilson-McReynolds Funeral Home, 900 N. Court Street, Marion, IL, 62959. Memorial envelopes will be available at the funeral home. For additional information call the funeral home at 618-993-2131.

Vicki L. Waller, age 72, of Picayune, MS, former longtime resident of Marion, IL, passed away at 4:49 pm, on Sunday, October 11, 2020, in Lakeview Regional Medical Center of Covington, LA. Her and her husband, David had moved to Picayune in... View Obituary & Service Information

The family of Vicki Lynn Waller created this Life Tributes page to make it easy to share your memories.

Send flowers to the Waller family.