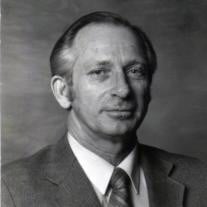 Walter L. “Walt” McCombs, age 76, of Marion, IL passed away at 1:40 p.m. Wednesday, March 14, 2012, in the Marion Veteran’s Administration Medical Center under the care of the Community Living Center Hospice Program. He was born in Marion, IL on Tuesday, December 10, 1935, the son of Walter Victor and Anna Mae (Neeley) McCombs. Walt answered the call of this nation by serving in the United States Army and was stationed in France. After his period of faithful service he was honorably discharged on October 10, 1956, and continued to serve in the United States Army Reserves until November 7, 1962. He was united in marriage to Dorothy Lynn Weber on Thursday, November 8, 1991, in Nashville, TN. He was an avid fisherman. He developed and manufactured Jolly Roger Fishing Lures and worked with the Franklin-Williamson Work Shop in fabrication. He was sponsored by Ranger Boats, and he entered and won numerous fishing tournaments across the country. He loved his many pets, especially his pet Shih Tzu, Muffer who he missed dearly, and his current pets, Zoie, Annie and Cooper. Walt was a member of the Parish Park Baptist Church of Marion, IL and a 50 year member of Fellowship Masonic Lodge No. 89 A.F. & A.M. of Marion and a member of the Marion Rotary Club. He is survived by his wife, Lynn McCombs of Marion, IL; two daughters and sons-in-law, Sarah Anne McQuarrie-Barrette of Marion, IL and her husband, David Barrette of Montreal, Canada and Katie Minas and her husband, Dan of St. Louis, MO; three sons, Gary McCombs of NC, Christopher McCombs of Des Moines, IA and Michael McCombs of FL; grandson, Liam Minas of St. Louis, MO, other extended family members and many friends. He was preceded in death by his parents; brother, George McCombs and his beloved pet Shih Tzu, Muffer. Arrangements for Walter L. “Walt” McCombs were entrusted to Wilson-McReynolds Funeral Home, 900 N. Court Street, of Marion, IL. The time of visitation was from 5:00 p.m. to 7:00 p.m. Monday, March 19, 2012, at the funeral home. During the time of visitation a “Reflection of Life” DVD Memorial Tribute featuring special people, places and events of Walt’s life was presented to the family and friends. Following the time of visitation the memorial service was at 7:00 p.m. with Chaplain Michael Doan presiding. Following the memorial service Masonic rites were conducted by Fellowship Masonic Lodge No. 89 A.F. & A.M. of Marion. Masonic officers participating were Worshipful Master, Charles D. Adams; Chaplain, Bob Russell and Secretary, Pat Samples. After the Masonic service, military rites were accorded by members of the Illinois Army National Guard Flag Detail of Marion. Those participating were SPC Aaron Robinson and SPC Mario Medina. The presentation of the folded flag to Walt’s wife, Lynn was by SPC Marion Medina. The prelude and postlude musical selections were recorded piano selections. During the time of the folding of the flag the musical selection “America the Beautiful” was presented. For those who preferred, memorial contributions were made to the “Marion V.A. Community Living Center Hospice Program”. Memorial contribution envelopes were available at the funeral home or were mailed in care of Wilson-McReynolds Funeral Home, P.O. Box 370, Marion, IL 62959. For additional please call the funeral home at 618-993-2131.

Walter L. “Walt” McCombs, age 76, of Marion, IL passed away at 1:40 p.m. Wednesday, March 14, 2012, in the Marion Veteran’s Administration Medical Center under the care of the Community Living Center Hospice Program. He was born in Marion,... View Obituary & Service Information

The family of Walter L. "Walt" McCombs created this Life Tributes page to make it easy to share your memories.

Send flowers to the McCombs family.