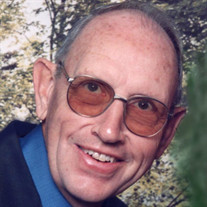 Warren Gilbert Anderson, age 82, of Marion, IL, passed away peacefully with his family by his side, at 7:15 p.m. on Wednesday, December 1, 2021, in Herrin Hospital of Herrin, IL. He was born on Friday, August 4, 1939, in Denver, CO, the son of Harry Edward and Janet (Bell) Anderson. Warren grew up in Denver, CO, and was a graduate of Denver East High School Class of 1957. Warren continued his education and was a graduate of University of Northern Colorado where he received his Degree in Education. After completion of his education, he obtained a position teaching in public schools in Pueblo, CO, Albuquerque, NM, Hartley, IA, Iowa Wesleyan University in Mount Pleasant, IA, and South East Community College, Burlington, IA, Mount Marty College in Yankton, SD and last teaching in Bloomfield High School in Bloomfield NM. He was a great educator and loved coaching all sports, especially Women’s Basketball. He was united in marriage to Joye Kay Lippold on April 14, 1962, in Lakewood, CO, and together they shared over 55 years of marriage until her death, Monday, February 26, 2018. Warren was ordained April 17, 2003, in Decatur, IL, and served as pastor of the Foursquare Church in Petersburg, IL, before moving to Marion in 2012. He was dedicated to serving the Lord, teaching and coaching his many students down through the years. He enjoyed camping and fishing, with his family and friends, especially teaching Dave and Philip how to enjoy nature and the outdoors, as well instilling a passion for sports. He was an avid reader and a history buff, especially American History. He will be missed by all who knew and loved him. He was a member of the Four-Square Church of Petersburg, IL, and after moving to Marion, he attended the Abundant Life Assembly of God Church. He is survived by his two sons, David Anderson and his wife, Cathy, and Philip Anderson all of Marion; three grandchildren, Emily Joye Byrne and her husband, Adam, of Crossville, TN, Haley Marie Anderson of Marion, and Shelby Cathleen Anderson of Carbondale, IL; great grandson, Benaiah Byrne of Crossville, TN; brother, Stan Anderson of Denver, CO, other extended family, and many friends. He was preceded in death by his parents; wife, Joye Kay Anderson, two sisters and two brothers. Arrangements for Warren Gilbert Anderson have been entrusted to Wilson-McReynolds Funeral Home, 900 N. Court St., Marion. The visitation will be from 1:00 p.m. until 3:00 p.m. on Thursday, December 30, 2021, at the funeral home. Following the time of visitation, the memorial service will be at 3:00 p.m., with Pastor Jimmy Russell, Pastor Dion Dutton and Kevin Pinion presiding. For those who prefer, memorial contributions may be made to “St. Jude Children’s Hospital” and/or “Wounded Warrior Project” and mailed in care of Wilson-McReynolds Funeral Home, 900 N. Court St., Marion, IL 62959. Memorial envelopes will be available at the funeral home. To leave an online condolence of memory please visit our website at www.wilsonmcreynolds.com or call the funeral home at 618-993-2131. Due to the executive order by the Governor of Illinois, for all those attending the visitation and funeral service inside, the wearing of a face mask and practice of social distancing is suggested.

The family of Warren Gilbert Anderson created this Life Tributes page to make it easy to share your memories.